Distributed Ledgers and Big Data: Working with Data at Scale + About the EEA

Hosted by
Brian B. and 4 others 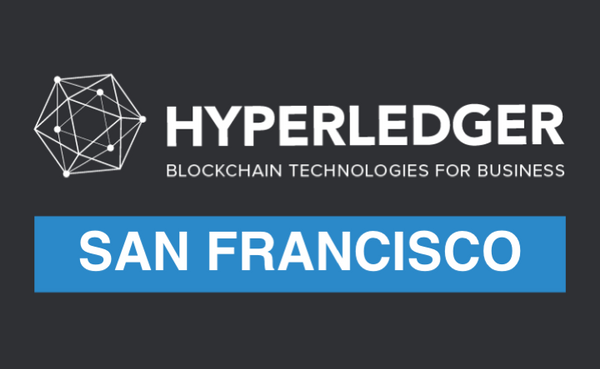 About the Sponsor
Constellation is a consumer and enterprise-grade distributed ledger technology that enables the world’s smart devices and machines to seamlessly interact and transact. Each interaction or transaction is verified through a unique consensus model. Transactions flow through the network allowing it to remain stable without every node having to individually verify before the next rounds of consensus is performed. (https://www.meetup.com/conste11ation/)

About the Host
Starfish Mission is a co-working space for the Blockchain Community to gather, work and learn together in San Francisco. They are hosting both established blockchain startups and companies and small teams at the ideation or development stage. (https://www.starfish.network/)

Talk 1: Distributed Ledgers and Big Data: Tried and True Methods for Working with Data at Scale

This is a unique talk, one that you will not see elsewhere and thus makes it a must-see event. The goal of this talk is to go over techniques used to scale current data intensive applications and how these techniques can be brought to the protocol layer to ensure far greater measures of data-handling scalability and throughput.

A major focus of Gen3 protocols is support for data intensive applications. Notable examples are Constellation, Zilliqa and Plasma. In order to achieve scale, modeling these protocols after the map/reduce paradigm allows us to mitigate the major issue of sending data over network (i.e. sending instructions not data).

Wyatt Meldman-Floch from Constellation Labs will explore ways to use dynamic partitioning and locality sensitive hashing to achieve these goals, including how these approaches can be brought to the protocol layer and to the consensus model.

• Dynamic partitioning refers to logically storing data across a network to minimize data transfer (which typically has the highest overhead).

About the Speaker
Wyatt Meldman-Floch is the CTO and Co-founder of Constellation Labs. He has over five years experience as a Software Engineer and Data Scientist in Silicon Valley. Prior to co-founding Constellation Labs, Wyatt contributed to the Graphic User Interface of the Kepler spacecraft’s light curve data and the implementation of Shannon entropy for non-human communication for NASA. He also served as a data engineer for Radius Intelligence and Rally Health, a platform engineer for Zignal Labs, and as the Lead Backend Engineer for Arrived.us.

Talk 2: Introduction to the Enterprise Ethereum Alliance
Ken Fromm, Hyperledger SF co-organizer and EEA Industry Group Evangelist, will talk the EEA and the collaboration with Hyperledger. The EEA is a global standards organization driving the adoption of Enterprise Ethereum and has over 500+ companies as members.

The organization recently released a second version (v2.0) of it's technical specification with a goal of accelerating global interoperability for blockchain use across industries. Ken will talk about the goals of the organization, it's relationship with Hyperledger, the status of the specification, and the future roadmap as it relates to specifications and certification.

About the Speaker
Ken Fromm has co-founded several pioneering companies including Vivid Studios (interactive agency), Loomia (recommendations/personalization), and Iron.io (serverless). He is the organizer/co-organizer of a number of meetup groups including Hyperledger SF (1600+ members), SF Ethereum Developers (4750+), and GoSF (4900+) and has put on several developer conferences including BuildETH and The NonFungible Summit.