Let’s influence Austin, Texas!™ Professionals from all areas of industry are welcomed. Let’s exchange ideas, learn through educational workshops, and use our expertise in the different fields to enhance leadership skills. This group is for individuals to continue learning in their profession or passions through connection building, self-improvement, using strategies for success, and experience sharing.

This group offers individuals an opportunity to enhance their leadership skills by building relationships with like-minded individuals through:

• once a month mixers in North Austin (including Pflugerville & Round Rock)

• information on other leadership opportunities in the area

Our mission is to bring diverse people together to exchange ideas, learn through educational workshops and mixers using the expertise of top industry professionals while providing marketing opportunities to businesses.

Join members of the North Austin Influencers™ for our January Networking Mixer. Meet business professionals and executives, business owners and entrepreneurs from a diverse group of industries. Event hashtag is #Influencers COST: $10 prepaid or $15 at the door. Prepaid rate is until 4:00 PM on January 30th. Light appetizers will be provided. This month's highlighted Influencer is Roland Murphy, President of the United States Disability Chamber of Commerce and Naval Chief Petty Officer Retired. Roland Murphy's cultural competency is built on a lifetime of military leadership and international experiences. Acknowledging the strong connection between disability, innovation, diversity and inclusion; the challenge he faces as the founder of the Disability Chamber of Commerce is to help future leaders and fellow professionals understand that connection. The United States Disability Chamber of Commerce is a national business organization representing the interests of more than 64 million people with disabilities and the 8 million small businesses designated as Disabled Owned, Certified disability-owned business enterprises (DOBEs), Veteran disability-owned business enterprises (V-DOBEs), Service-disabled veteran-owned business enterprises (SDV-DOBEs), Certified Disability Confident U.S.A. businesses, and Organizations that assist people with disabilities. In less than three years, the The United States Disability Chamber of Commerce has assisted their now 500 members, 75 disabled and veteran owned companies. With Roland's strong leadership the chamber has helped these businesses with ideation, built their websites (with additional training to update the web sites), assisted with marketing tools, set-up their business in accordance with SSI, SSDI, medicaid income rules, and introduced business owners to grants to apply for or fundraising ideas to make their businesses a reality. In his professional opinion, diversity means understanding that each individual is unique, and recognizing individual differences, which can be along the dimensions of race, ethnicity, gender, sexual orientation, socio economic status, age, physical ability and religious beliefs. Accepting and exploring these differences in a safe, positive and nurturing environment to him is about understanding each other and moving beyond simple tolerance to embracing and celebrating the rich dimensions of diversity contained within each individual. Roland is Naval Chief Petty Officer Retired and was recognized as Naval Expeditionary Forces Sailor of The Year. He is currently President United States Disability Chamber of Commerce, President The Disability Chamber of Commerce (Non-Profit), and Workforce Development Manager Housing Authority Of The City Of Austin.

Believe it or not, where you and your prospective client sits at a table during your sales presentation plays a factor in the conversational flow and, success in closing the sale. There are many variables that impact any meeting success, the seating arrangement is one of them. Learn some strategies that will help you discover even more success in your next sales call or meeting. Warning though, you won't look at seating the same again. Light lunch is provided. Please come early for lunch as LeAnn will start promptly at 12:00 PM. Direction detail: If coming from Roaring Fork, pass the round about take the first left. Building B. The Building has Microchip signage. About the speaker: LeAnn Pashina is the founder of Creatively Communicate, Inc; speaker, author, and salesperson. With over 30 years in corporate sales, LeAnn has experienced directly how communication and winning the sale is all in "how you say it". She is an expert in sales and communication skills training, including how exceptional communication skills accelerate trust, build an instant rapport, and positively influence decision-making behavior. She empowers entrepreneurs and business professionals to create even more success by clarifying the sales conversation. Most people are trained to only focus on what they say and not how they say it. Non-verbal communication is the hidden tool that provides the added edge in your business. Her recent book is “Sit Your Way to Success”; to find out more go to: www.sityourwaytosuccess.com

Join members of the North Austin Influencers™ for our February Networking Mixer. Meet business professionals and executives, business owners and entrepreneurs from a diverse group of industries. Event hashtag is #Influencers COST: $10 prepaid or $15 at the door. Prepaid rate is until 4:00 PM on February 27th. Light appetizers will be provided. This month's highlighted Influencer is Sheila Hawkins-Bucklew, Founder & CEO at Hawkins Bucklew Jewelry Designs and Showroom 808, a collaborative marketplace for creative women entrepreneurs. Sheila Hawkins-Bucklew is an entrepreneur whose journey has been woven together with a common thread: the empowerment of women. She is a proponent of equality and women’s rights, something she has held close to her heart throughout her career. Sheila was born in Pittsburgh, Pennsylvania and earned a B. S. Degree in Business Administration from Duquesne University. Sheila began her professional career in retail buying and store management. She lived in Washington, D.C. before moving to Austin, TX. Through her servant leadership roles in the Austin community, she began to want to do more, she wanted to impact her global community by empowering women. In 2014 during Austin Fashion Week she launched Hawkins Bucklew™ Handcrafted Jewelry Designs as the face of her mission and the financial arm of the Hawkins Bucklew™ Foundation. These two Hawkins Bucklew ventures tied perfectly together the common threads of Sheila’s creativity, business expertise, and passion for helping the under served. In 2017 Sheila was selected by the U.S. Department of State for the Mandela Washington Fellowship Reciprocal Exchange Award. A flagship program of former President Obama, the Reciprocal Exchange program supports American professionals in their travel to Sub-Saharan Africa to engage in collaborative projects that demonstrates a substantial impact on the community and country of an African Fellow. Sheila partnered with Hauwa Liman, a Nigerian Fashion Designer to host their inaugural “Creative Entrepreneurship Bootcamp” in Lagos, Nigeria. This project focused on entrepreneurial programs for women who were creative entrepreneurs. Sheila remains active in her local community as a member of the Greater Austin Black Chamber, the Four Point’s Task Force in District 6, and Jewelers of America. She is also a former member of The Links, Inc. Town Lake Chapter, National Black MBA Association, National Council of Negro Women, and National Association of Real Estate Brokers (RE- ALTIST). Sheila enjoys volunteering in the community dedicating her time to such organizations as the Capital City Black Film Festival, Austin Area Jazz Festival, and SXSW. Sheila has been featured in articles of the following periodicals: The Austin Chronicle Newspaper, Community Impact Newspaper, Austin Women’s Magazine, Tribeza Magazine, Eclectic Shades Magazine, and British Vogue. Her most recent awards include the 2018 Profiles of Prominence Award given by the Austin Metroplex Chapter of the National Women of Achievement, Inc., the AFTV5 African Champion Award for 2018 Entrepreneur of the Year, and in September of 2018 Sheila was honored with the African Community Service Award given by the African community in the Washington, D.C. area. Sheila’s personal manta “I Am Because You Are” is what keeps her engaged in the community. Knowing what she has accomplished could not have been possible without the efforts of those who had come before her. Her current mission is to inspire mankind by empowering women through jewelry design. She hopes by sharing her personal story she can positively impact the lives of others. Sheila, a life-long learner is a 2019 graduate of the University of Pennsylvania in their Executive Program in Social Impact Strategy. This gained knowledge centered around social business enterprises has helped launch Showroom 808; a collaborative marketplace for creative women entrepreneurs.

Join members of the North Austin Influencers™ for our March Networking Mixer. Meet business professionals and executives, business owners and entrepreneurs from a diverse group of industries. Event hashtag is #Influencers COST: $10 prepaid or $15 at the door. Prepaid rate is until 4:00 PM on March 26th. Light appetizers will be provided. This month's highlighted Influencer is Romeo Manzanilla, Real Estate Broker, current Austin Board of Realtors (ABoR) President, and retired U.S. Navy Officer. Romeo grew up in Los Angeles, California enjoying all of the area's attractions, events, and fast-paced lifestyle. But after a successful military career as a U.S. Navy Officer, Romeo decided to call Austin home because of its booming economy, scenic beauty and quality of life. While working as an Operations Manager for Dell Computer Corporation, he became involved with Habitat for Humanity, donating his time in assisting with the construction of low-income family housing and working alongside others who freely gave of themselves to improve the lives of those around them. It was this positive experience of giving back to the community that would later mold his decision to become a real estate professional. Romeo's unique life experiences while serving in the military and working in both private and corporate organizations have made him a well-rounded person that easily connects with his clients on different levels. His focus on family life with his wife and son has helped him gain a deeper appreciation of spending quality time at home. Romeo has been an active member of the Austin Board of Realtors since 2006 and has served as a Director for ABoR from[masked] and is the current ABoR President. On the state level, Romeo is a Professional Standards member and Mediator for the Texas Association of Realtors. Romeo holds a Bachelor of Science degree in Business Administration from the University of Southern California and a Master of Business Administration degree from Regis University. When not working or volunteering, Romeo admits he’s a motor sports enthusiast and actively participates in organized track events in the Central Texas area. 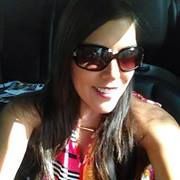 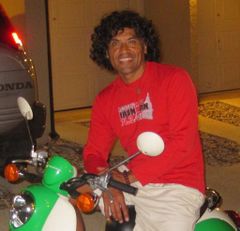 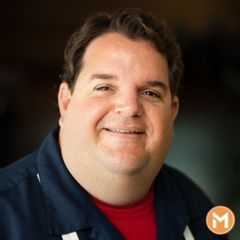 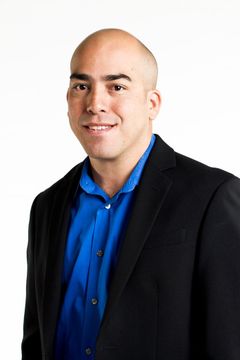 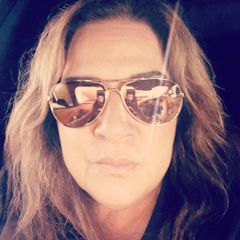 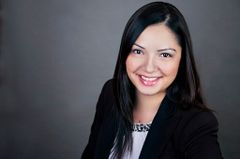 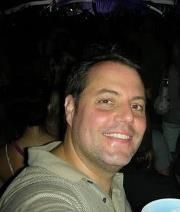 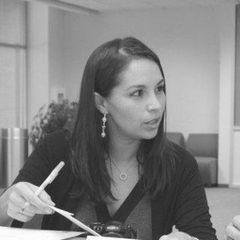 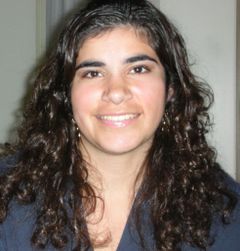 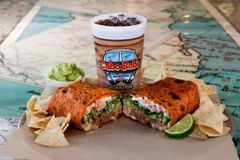 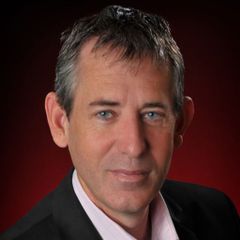 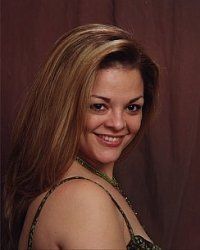