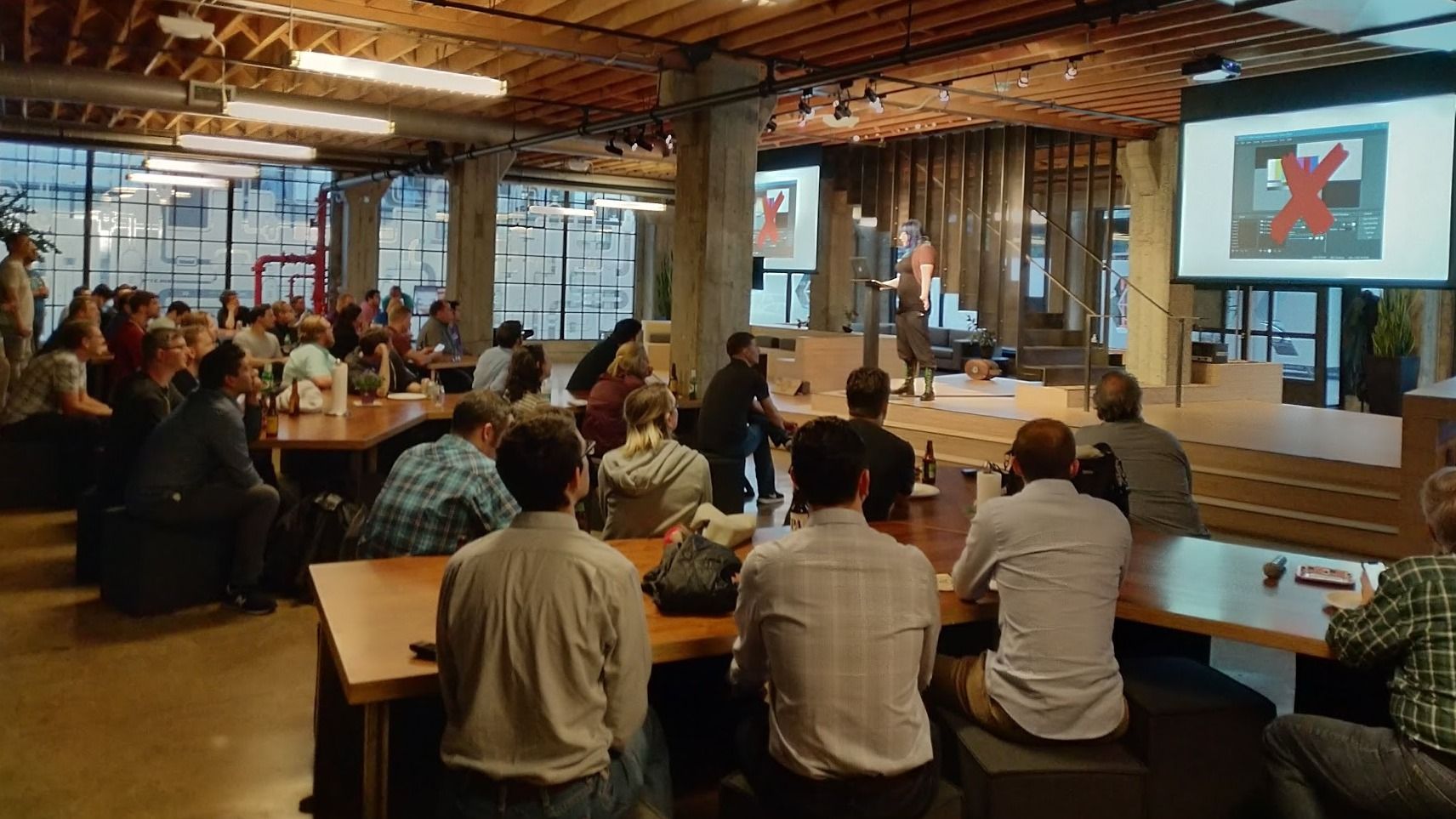 Every last Thursday of the month

📆 It's the second to last meetup of the year! That's right, the September meetup is the last "normally scheduled" meetup of 2019, since October is Demuxed, and then we're into the cuts of the holidays. We'll do the usual holiday party, though!

However, I need your help for the last 2019 meetup! As usual, when it rains it pours, and we have *two* speakers with a long and storied history of presenting at SF Video this month. Next month, however, is currently open. Your friendly organizer is having his first kid September 5, so consider this a preemptive plea for help.

Also, the speakers have been announced for Demuxed 2019! Woo! Go check it out, and get your ticket before the "normal" price sells out.

🗣️ Alex Converse - "SRT Internals: How the hot new UDP video protocol on the block actually works under the hood."

🗣️ Matt Szatmary - "An Introduction to Building tools with FFmpeg libraries and APis"
Sometimes the FFmpeg command-line can't do exactly what you need, and patching FFmpeg has its own set of drawbacks.
But building simple tools on top of the same libraries used by ffmpeg is not as difficult as it seems at first glance.

💁 Around the Community
Netflix's Media Cloud Engineering team is starting a new meetup in Los Gatos called Media Processing Infrastructure. The kick-off is September 4th, so check it out!