This site offers factual information and viewpoints that might be useful in arriving at an understanding of the events of our time. We believe that the information comes from reliable sources, but cannot guarantee the information to be free of mistakes and incorrect interpretations.

Please be sure to enable the site to send you emails.

To see unobstructed tiles, click on Sponsors and scroll down.

We are residents of the Greater St. Louis Area (and other areas throughout the world) concerned about the many disturbing aspects of the 9/11 attacks and interested in finding out more about those events. We share the St. Louis Fusion Center's dedication to ". . . the collection, analysis and dissemination of information used to detect, defend against, or respond to acts of terrorism." We have many disagreements, but we agree that 9/11 is worth inquiring into. We are inclusive as opposed to exclusive. Generally, we believe that when an object moves under the influence of gravity, the object goes down, not upwards and outwards in an arc, as objects did when the Towers "fell."

". . . not one person in the White House—or in the cabinet, or the Pentagon, or anywhere in the Bush administration—was fired because of failure to perform on 9/11. Not one person resigned. With the exception of Richard Clarke, not one person apologized to the victims' families. Nearly twenty-eight hundred people died, and not one of the people responsible for protecting them was held accountable." (The Five Unanswered Questions about 9/11, p. 88.)

And, several were handsomely rewarded.

Regarding the murder of the Russian journalist Anna Politkovskaya, who was critical of Vladimir Putin, Reporters Without Borders states:

"Novaya Gazeta editor Dmitry Muratov said there was still a 'political taboo' about the real mastermind’s identity. 'Six years have gone by – it is time to ask difficult questions,' he said."

Fifteen years have gone by since September 11, 2001. Here in the United States, we too say: "It is time to ask difficult questions."

We are aware that the bulk of the mass media are owned by at most six international conglomerates, and that they are united in their efforts to portray any inquiry into the events of 9/11 as somehow harmful or hurtful to the families of the victims of that catastrophe. But it was precisely a group of widowed mothers who first raised questions, and who pressured the government into conducting any investigation whatsoever. In the words of one of them, Patty Casazza, "Likeminded, we all had questions. We all had questions, and we wanted answers." Their struggle to obtain information from the government is documented in the video 9/11: Press for Truth, at: http://video.google.com/videoplay?docid=397... (http://video.google.com/videoplay?docid=3979568779414136481) .

Seventy percent of their questions went unanswered by the 9/11 Commission, and are unanswered still.

Survivors have sued for the loss of their loved ones, and not one family member's case has been allowed to go to trial, where rules of evidence would permit questioning in public and under oath, and deponents can be compelled to answer. Widowed 9/11 family member Ellen Mariani has challenged the official story in the U.S. court system for over a decade; repeated dismissals forced her to appeal unsuccessfully for a hearing by the U.S. Supreme Court. See: http://marianilawsuit.wordpress.com/ .

At: http://www.youtube.com/watch?v=-CrlDr-IEAA she begs the media to do their job.

While we do not expect media employees to disregard the requirements of their employers, we suggest that others are under no obligation to ignore obvious facts. Some of these obvious facts are on display in the short video "The Official Account of the Twin Towers," which you are invited to see and share at: https://www.youtube.com/watch?v=OASbBr99heQ .

Law Enforcement Officers have taken an oath to defend the Constitution, and so are under an obligation NOT to ignore obvious facts. If any are reading this, we suggest you also view: https://www.youtube.com/watch?v=16SQJz-wnQg .

Employees of the Department of Homeland Security are invited to view: http://www.youtube.com/watch?v=mlwgZzeq8oI , and the related videos on that YouTube page.

Underlying the reluctance to look at such facts is the possibility that the government of the United States may have told its citizens a lie. That more general distrust of government is frequently called "conspiracy theory" by the mass media, and is sometimes characterized as a sort of mental illness. Regarding this matter, one may consider the statements of government psychiatrist Steve Pieczenik, M.D., Ph.D., at: http://www.youtube.com/watch?v=vicwIrB9JFw , and those of a panoply of psychologists and psychotherapists at http://consciouslifenews.com/psychologists-explain-911-denial-despite-hard-scientific-evidence/1122104/ .

"To test whether people conformed because the answer was uncertain, Asch devised a different experiment. Rather than putting people in a situation where the answer was unclear, he wanted to see what they would do when the answer was obvious. When people could easily tell the correct answer right away and thus would have no need to rely on others. The line-length task was a perfect choice. Even those with poor eyesight could tell the correct answer. They might have to squint a little, but it was right there in front of them. There was no need to rely on anyone else. Asch thought that when the answer was clear, conformity could be reduced drastically. To provide an even stronger test, Asch rigged the group's responses . . .

"Conformity was rampant. Around 75 percent of participants conformed to the group at least once. And while most people didn't conform on every trial, on average, people conformed a third of the time.

"Even though people's own eyes told them the correct answer, they went along with the group. Even when they could clearly tell that the group was incorrect."

There is a Fifties-vintage song by "Osama & the Bin Ladens" (which in my opinion is excellent) entitled, It's All A Lie (Still You Believe) at: http://www.youtube.com/watch?v=vjKUs65beKg .

At the website http://9-11.meetup.com/ you will find a map indicating Meetup groups around the world covering the topic of 9/11. Note that these are only Meetup groups, and as such do not represent all the groups which are concerned with 9/11. There are no regulations pertaining to membership in Meetup groups, and anyone anywhere in the world is invited to join this group in order to participate in it to whatever extent is possible for them. Persons outside the U.S.A. may be able to provide valuable services not possible for those inside it. If nothing else, they can provide useful information pertaining to their locations. An international calendar of 9/11 events is at http://www.911truth.o... (http://www.911truth.org/calendar.php)

We meet occasionally at various locations.

The group has assumed the form standard for most political activism groups: main body of members, and a smaller, self-constituted body, often called a "steering group" or "steering committee."

It should be noted that although Meetup automatically assumes that all and only the people who RSVP YES show up, and not anyone else, this is frequently not the case, so the attendance figures which Meetup automatically posts are frequently not accurate, and comments on and reviews of the meetings are frequently neglected---by everyone involved. This is not advocated, but it is a fact. Don't assume a meeting was small or that nothing happened just because Meetup's tally and comments seem to indicate that. We're often more interested in doing than in telling what we've done, and we just have too many events to be much concerned about rating them.

In addition to talking in person, we have recently opened a 9/11 map on DebateGraph, in which we invite you (i.e., everyone) to participate. Go to: http://debategraph.or... (http://debategraph.org/Stream.aspx?nid=218999&iv=05) and click on the tiny "Debategraph" tab on the bottom left to begin to use this new tool.

Please be sure to enable the site to send you emails. 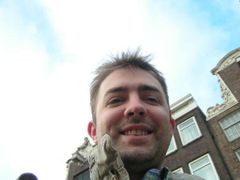 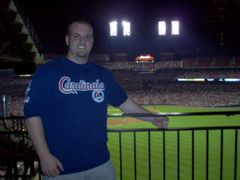 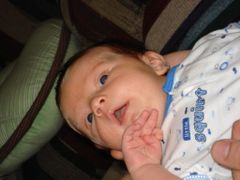 9/11 QuestionsArchitects and Engineers for 911 Truth