Some of you may occasionally wonder about things. Philosophers do it non-stop. At their best, they make trouble in the world of ideas. Come, bring your can openers, and let's open some cans!

We have explored or will (or will again) explore age-old topics like God's existence, the nature of people and things, morality, free will, fatalism, birth, death, the right way to live or die... as well as theories in core areas of philosophical thinking such as logic, metaphysics, epistemology, ethics, and aesthetics (which are central to understanding what is really going on in the more accessible topics). But we'll also cover more current and concrete controversies such as abortion, infanticide, capital punishment, suicide (physician-assisted and otherwise), equality, justice, criminality, genetic engineering, neuroscience, over-population, war, terrorism, racism, sexism, speciesism, human "rights," animal rights, the "rights" of (or to) anything whatsoever!,... as well as important issues in medical ethics; environmental ethics; bioethics; philosophy of law, of art, of literature, of religion, of science; artificial intelligence, scientific method; social and political philosophy... and topics as yet uninvented.

In fact, "inventing topics" is a side effect of asking hard questions, which inevitably lead to still harder questions. Often enough, "new" topics are not really "new" but old, even ancient, unsettled concerns resurfacing. And it is those unsettled issues that are the real philosophical problems. As one philosopher once said, "If it has a solution, it was probably just science anyway." Any important subject whose fundamental ideas invite critical examination is ripe for our can opener... eventually we may work our way up to the really big can: the point of it all! But don't expect pat answers­­—we don't do self-help.

This club is open to non-analytical approaches to philosophy, and if you have some knowledge outside that approach and are open to trying to convince us or having it tested or even finding (perish the thought) common ground, you are welcome! Come shake us up a bit!... Still, philosophy, in the Anglo-American world (for better or worse), is dominated by some form of conceptual analysis. What characterizes the analytical approach to philosophy is attention to clarity and as much rigor as we can muster in our concepts and arguments—while hopefully keeping one foot in reality. You may be plied with questions framed against such values. But you may know better! Philosophical traditions just as individual philosophical views are error prone. Any philosophy worthy of the name should be comfortable with that.

We will try to stay focused on the topics under discussion, realizing that this is difficult. We draw on the insights of some of the brightest thinkers we know, both living and dead. Being bright is no guarantee that any of these people are right. In fact, we already know at least half of them must be wrong because the other half disagrees with them. But which half? (Even to assume only half are wrong is being more than a little optimistic.)

Skepticism and disagreement are to be expected, even encouraged. We should try to make the best case we can for our side and attend to what others say. We should expect that expressions of conviction may be forceful and that’s fine, as long as they are respectful of others and rational, which, in the context of a philosophy club, means to offer reasons to believe—reasons that are not themselves more controversial than the claims they are meant to support.

Though we range widely in the topics we cover, we try not to let anything go in our discussion. The point is to rise above the level of BS that too often passes in informal discussions for philosophy. Beyond a certain respect for clarity and rigor, we do not have an axe to grind. You may bring your own axe, we may sharpen it for you... or we may grind it to a stump. We mostly open worm cans, remember? You decide what to do with the worms!

Formal membership is not required to attend and participate in our meetups. Feel free to come and try it out. Our meetup times and locations are public as well as topic resources.

Comments on the Home page and meetup topic pages are restricted to organizers. Discussions on the message board (https://www.meetup.com/The-Philosophy-Club/messages/boards/) are open to anyone. Contact me (https://secure.meetup.com/messages/) with any questions, thank you.

A word about etiquette: philosophy, by its nature, is contentious. Expect disagreement and treat each other respectfully. Failure to do so may be cause for removal.

If you know something about a topic and would like us to address it or you would like to present it yourself, let us know. You don't have to be an expert. We will work with you. So long as we can tease out a philosophical theme, that is, it addresses fundamental questions about an important subject, we would love to consider it.

"Philosophers have justified wars - so why not justify the much lower level violence of a riot? If people have a just cause, why should they not retaliate against public property? Perhaps a racial minority has suffered violent discrimination - a riot might be the most viable way to draw attention to their plight. Avia Pasternak argues that a riot can be 'proportional' and that we should judge riotors in the light of their cause." Philosophy247 podcast (http://www.philosophy247.org/podcasts/riots/). We'll use the occasion of this podcast to raise questions about the justification of war---which some philosophers have found justification for since medieval times. And if some think war is ok, why not a riot? Useful background for the discussion: Just War Theory: http://www.iep.utm.edu/justwar/ Are violent protests morally acceptable? Alva Pasternak says, "under certain circumstances": http://www.philosophy247.org/podcasts/riots/ A "no" answer: http://www.dbknews.com/2017/02/08/violent-protests-trump-administration-just-war-theory/ Jonathan Havercroft: "yes, if just war is": https://www.academia.edu/29154567/Why_is_there_no_just_riot_theory Philosophical justifications for and against violence: https://www.thoughtco.com/can-violence-be-just-2670681 This writeup is a stub. More development and material to follow...

There is a deep split in environmental ethics about what our ultimate goal should be as a species. One view, perhaps the more popular, is anthropocentric. Our treatment of animals, plants, and the entire biosphere is in the end determined by what we, human beings, want now or can imagine ourselves wanting in the future. Animals, plants and the environment matter but they matter because they matter to us. Climate change, for instance, only matters because of what it means to us or our interests, present or future. Take us out of the picture and it becomes a matter of indifference. But there is another more holistic perspective on our relation to everything around us that does not see us and our interest at all as the center of the moral universe. Building on the work of earlier thinkers like Richard Routley and Aldo Leopold, J. Baird Callicott has developed an ethic that challenges pretty much all the major moral theories we are familiar with: utilitarianism, deontology, virtue ethics, etc. They are all anthropocentric. What’s wrong with anthropocentrism? Well what’s wrong with egocentrism? It’s self-serving, that’s what. If selfishness is not acceptable for individuals, why should it be ok for groups or entire species? These two views do not see eye to eye to say the least? But if one side is wrong? Why? We’ll survey the argument landscape and you can decide. [This topic is to be developed. It’s posted to gauge interest.]

We’ll explore what happens when art stops thinking of itself as pure entertainment, something to do for fun, to pass the time or to ornament the dull corners of your life--- when art takes on moral, political questions or when it threatens to undermine the normal way of doing things or being in the world, or challenges closely guarded boundaries---even the normal ways of thinking things, disses the limits of reason itself. When it challenges what you took it to be yesterday? When it starts to become troublesome, upsets apple carts, when it offends, insists on being the knick-knack from hell. What is the warrant for this kind of behavior? Does art have any internal restrictions on what it is allowed to imagine? Is it bounded by any set of principles that say you can play but here is something you cannot touch? Something too serious for play? Does it fail to be art if it violates our sensibilities whatever these might be? Does it then cease to be art?... Or is art precisely that... a type of normative activity that knows no bounds? None whatsoever. Not moral bounds, not political, legal or even those it has always toyed with, aesthetic ones. Might it be that which, when it is being what it most essentially is, demands your full attention with no guarantees that you or your values will escape the encounter intact? Is in fact art the highest or the most fundamental form that normativity takes? Is it, in the end where all value comes from? Is it no less than “the mother” of logic and ethics? We’ll peek at this radical idea... [This topic is to be developed. It’s posted to gauge interest.]

Ethicists, always on the lookout for trouble in technological progress, have been pondering this one for some time. The philosophical literature on this topic is vast but mostly armchair. Until recently, it has seemed a bit of science fiction. But the possibility that we can edit human and animal genetic material to suit our wishes, to prevent disease or disability, or to select or enhance desirable features and abilities is fast becoming an urgent ethical concern. “Last week, an international team of scientists reported that they had successfully edited the DNA of human embryos to repair a serious mutation.” -NPR (http://www.npr.org/2017/08/06/541877804/the-call-in-genetic-engineering) We’ll explore the moral questions surrounding the possibilities… [This topic is to be developed. It’s posted to gauge interest.] 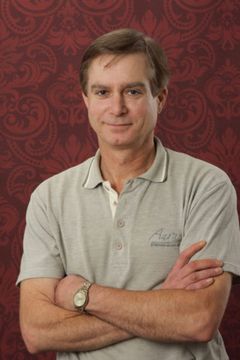 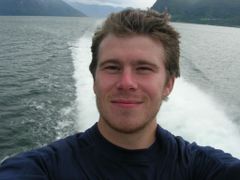 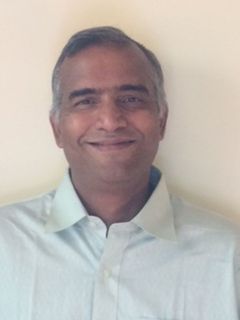 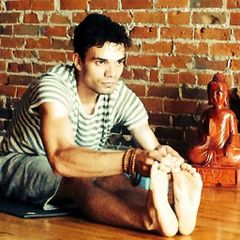 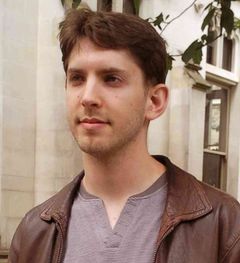 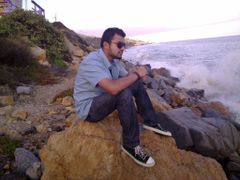 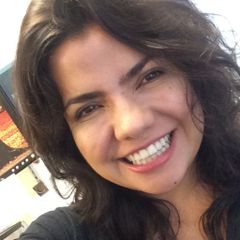 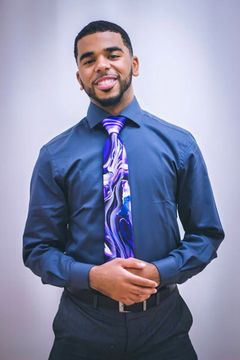 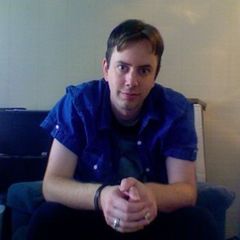 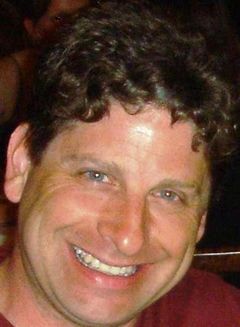 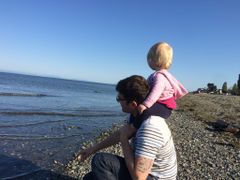 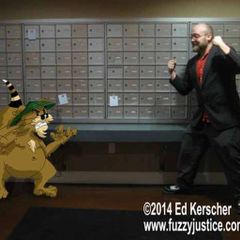 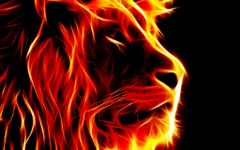 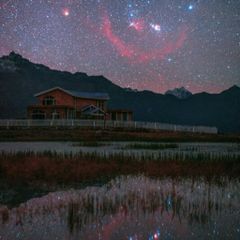