What the Military Taught Me About DevOps 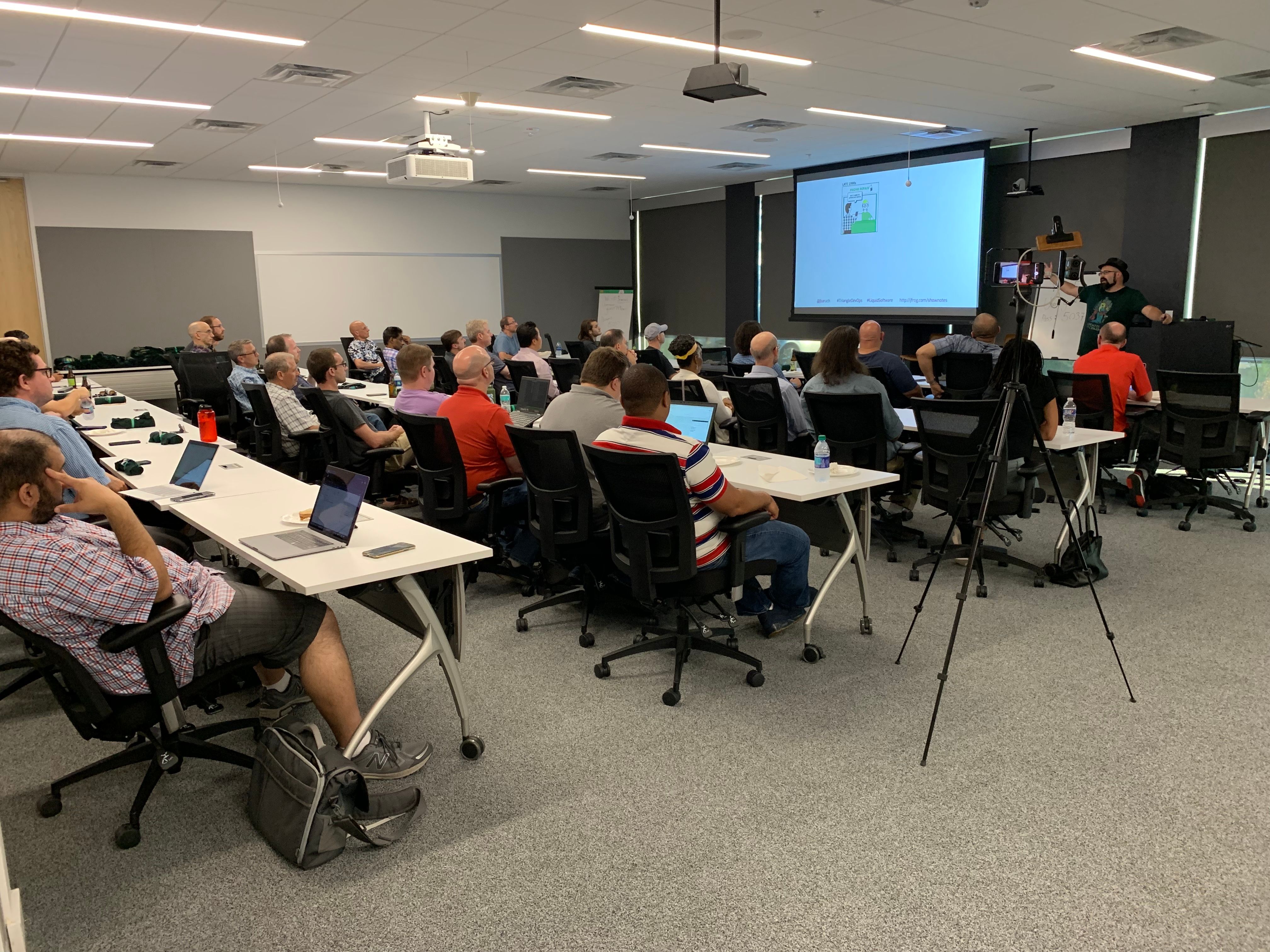 Hopefully everyone is looking forward to a nice Thanksgiving (or just enjoyed it, depending on when you're reading this). After you've hopefully had some time to relax a bit, I'd like to invite you to attend this month's Triangle DevOps.

We welcome Chris Short, who is going to tell us what the military has taught him about DevOps. Chris has previously given this talk at DevOpsDays Detroit and it looks to be an excellent talk. Each one of us brings different backgrounds and experiences to our roles and I'm looking forward to hearing from Chris what his background has taught him.

We're at Interactive Intelligence this month. There is ample free parking available. Pizza and sodas will be provided. Doors open at 6:45pm. Please remember that we now have a code of conduct (https://github.com/TriangleDevOps/policies/blob/master/code-of-conduct.md) you're expected to abide by.

I'm looking forward to seeing everyone who can make it out. I'm thankful for the community that we have.

Chris' description of his talk:

What The Military Taught Me About DevOps

Kanban - Work could not pile up around anyone. Tickets could be used to track activity; used less to prioritize when to do work. Sure certain missions, personnel required immediate attention but first in, first out applied more often than not and every team member was an equal (a project manager’s dream).

Documentation - A lot of the standards and instructions were high-level guidelines; actual implementation guides needed to be developed based off needs. Hardware/software requirements, configuration templates, etc. were all built and needed to be shared through various teams/networks. Odd one-off problems and solutions rarely were documented so I created a “What’s The Fix?” wiki to identify weird problems and their solutions that were likely to be encountered again based off mission cycles

Configuration Management - Version control systems were not readily used during my time in the military but boy it would have been really nice to have a subversion/mercurial/git repo. Config standards were maintained through tight access controls but were frequently modified based off discussed improvements.

Fail Fast Because Ultimate Failure Is Not an Option - Do the unimaginable in a remote location under austere circumstances. Ideas had to be tested immediately and often needed to be abandoned quickly based off mission needs and war time circumstances.

Diversity Was Everywhere - Black, Brown, Yellow, White, Green (sea/air/motion sick) did not matter to us. We were there to get the job done, period. Your gender did not matter, your socioeconomic status did not matter, and your ethnicity did not matter. If you didn’t know something, you were taught. If you were color blind it didn’t matter I could teach you to terminate Cat5e/Cat6 with the best of them. If you were willing to learn, I was willing to teach.

Conflict Resolution - The best idea rose to the top of teams. Rank seldom mattered so long as your idea was better. Input was constantly sought after from all parties.

Conclusion - I cannot stress how invaluable my time was in the Air Force. It made me who I am but it also taught me a lot of what DevOps is today. Don’t overlook veterans in your attempts to diversify.

You can learn more about Chris at his website (https://chrisshort.net/about/).