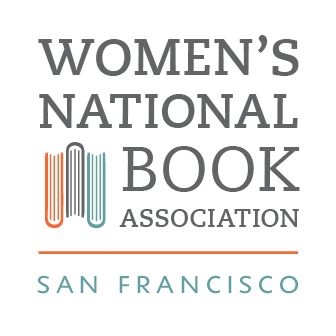 The Women’s National Book Association San Francisco Chapter is thrilled to present member writers who have authored highly successful historical (and prehistorical!) novels that readers and reviewers rave about. Learn what role research plays and how to make your scenes, settings, and characters realistic and compulsively readable. Epic Reads will be moderated by WNBA-SF President Brenda Knight. There will be Q&A followed by book signings; bring your notebooks and plenty of questions!
LINK HERE: http://wnba-sfchapter.org/epic-reads-secrets-to-crafting-historical-fiction/

Mary Mackey, New York Times Bestselling author of The Village of Bones, will discuss how she brings the Goddess-worshiping cultures of Prehistoric Europe to life by drawing on extensive archaeological research, the surviving art of the epoch, and her own imagination. Mackey’s novels take us on an epic journey to the past that has vital importance for the present. Novelist Mary Volmer will discuss research strategies that will help you unearth, organize, and effectively utilize historical information in any creative project. Learn the difference between static and living details, how to avoid superfluous detail, and how to use objects as windows into a character’s heart and mind.

Mary Mackey is the New York Times bestselling author of fourteen novels, including The Earthsong Series—four novels which describe how the peaceful Goddess-worshiping people of Prehistoric Europe fought off patriarchal nomad invaders (The Village of Bones, The Year The Horses Came, The Horses at the Gate, and The Fires of Spring). Mary’s novels have been praised by Marion Zimmer Bradley, Pat Conroy, Thomas Moore, Marija Gimbutas, Maxine Hong Kingston, Marge Piercy, and Theodore Roszak for their historical accuracy, inventiveness, literary grace, vividness, and storytelling magic. They have made The New York Times and San Francisco Chronicle Bestseller Lists, been translated into twelve foreign languages and sold over a million and a half copies. Mary has also written seven collections of poetry including Sugar Zone, winner of the 2012 PEN Oakland Josephine Miles Award. This September Marsh Hawk Press will publish a collection of her new and selected poems entitled The Jaguars That Prowl Our Dreams. At marymackey.com, you can get the latest news about Mary’s books and public appearances, sample her work, sign up for her newsletter, and get writing advice. You can also find her on Facebook and follow her on Twitter @MMackeyAuthor.

Mary Volmer is the author of two novels: Crown of Dust (Soho Press, 2010) and Reliance, Illinois (Soho Press, 2016). Her essays and short stories have appeared in various publications, including Mutha Magazine, the Farallon Review, Women’s Basketball Magazine, Fiction Writers Review, Historical Novel Society Review, The New Orleans Review, Brevity, and Ploughshares. After earning a master’s degree at the University of Wales, Aberystwyth, where she was a Rotary Ambassadorial Scholar, she earned an MFA in Creative Writing at Saint Mary’s College (CA). She has been awarded residencies at the Vermont Studio Center and Hedgebrook and was the Spring 2015 Distinguished Visiting Writer in Residence at Saint Mary’s College (CA) where she now teaches.