Whether you’re an avid photography enthusiast or just enjoy taking pictures, Boston Photography Lovers is the perfect way to meet great people who share a passion for photography or have always wanted to learn more! Our members love travel, adventure, culture, and of course photography! Many of our events & activities are great for taking pictures, sharing pictures, and learning! We even do some big trips around the world and locally in New England.

Our friends at Photofly Travel Club ( https://www.photoflytravel.com/ ) have planned an extraordinary Nepal & Bhutan Adventure! September 10th - 23rd 2020 Go here to sign up: https://www.photoflytravel.org/nepal-bhutan-group-tours/ AND E-mail us at [masked] for the daily itinerary! * 13 nights/ 14 Days throughout the best of the Himalayas! * Amazing Boutique hotels & 4 star accommodations throughout * Privately guided adventures throughout * Expert Local Guides Throughout * Breakfast everyday * 11 Dinners, 8 Lunches INCLUDED (Almost all meals!) * FOUR flights INCLUDED (1,000 USD Value!) *International flights not included * Air Conditioned Transportation Throughout * Bell Boy/Porter Gratuities Included Throughout Nepal (7 Nights) * 8 days throughout the greatest Himalayan Kingdom! * Perfect combination of culture, photography, food, & adventure! * We truly maximize our time to see the incredible diversity throughout Nepal which most trips don’t even know exists! * Best time of year to explore AFTER the monsoon has passed but before the tourist crowds take over! Kathmandu * Kathmandu City: Highlights include the temple of the Living Goddess & Durbar Square with it’s array of temples overlooked by the Hanuman Dhoka Palace, the ancient residence of the Nepalese Royalty. * Swayambhunath: Just outside the city proper is a hill with a mosaic of small Chaityas (shrines) and Pagodas temples. Pokhara * Pokhara City Adventure: Discover the best of this “Shangri-La” Valley epicenter! * Davis Fall’s * Gupteswor Mahadev Cave * Fewa (Phewa) Lake Chitwan National Park, wild beasts in subtropical Nepal * In Search of Tigers, Rhinos, & Sloth Bears?: That’s right, our time here will be spent on safari, exploring the gorgeous park to witness & photograph the beautiful Royal Bengal Tigers, One Horned Rhinos, AND, if we are lucky, even a sloth bear! Not to mention, endless other unique creatures & birds only found in this part of the world. Bhutan (6 Nights) * 7 days throughout the last real Himalayan Kingdom! * Low Volume, High Value Tourism: Perhaps the most sustainable approach to tourism in the world! Thimphu * Thimpu City Adventure: All the best of the new and old… * National Memorial Chorten * Indigenous Hospital * Traditional Paper Factory * School of Fine Arts: Here, young students learn the traditional arts and crafts known as Zo Rig Chusum (the thirteen crafts). Punakha * The Palace of Great Happiness Paro * Paro Town Adventure: Home to the “Tiger’s Nest” and so much more… * The Old Watchtower * Rinpung Dzong: This architectural wonder and the life around it are not to be missed and a must to photograph! * Taktsang Monastary (Tigers Nest): This incredible feat of human architecture and pure will has a name to match and is deservedly one of the most venerated and famous of Bhutan’s monasteries. * Tour Leader and photographer to help those who want to learn more about using their camera’s, taking better pictures, etc. throughout these Nepal and Bhutan group tours. (PhotoFly Travel Club adventures are laid back when it comes to photography. They are not workshop style based tours and you do not need to be an avid photographer to join. All are welcome!) * 4 domestic flights INCLUDED (1,000 USD Value!) * International airfare is not included. We are happy to help you find a good flight as always! * Flying into & out of Kathmandu International Airport (KTM) * Specific arrival/departure times needed will be sent directly to the group. * Roommate pairing to save money as always! * All Taxes, Fees, & Transfers Included Join Us! *For our solo travelers I will pair you up with someone of the same sex unless single occupancy is requested. Price: $3,595.00 *Single Supplement: $578.00 OR Deposit: $600.00 Go here to sign up: https://www.photoflytravel.org/nepal-bhutan-group-tours/

September 26 - October 5, 2020 Our friends at PhotoFly Travel Club ( http://www.photoflytravel.com/ ) have invited us to a one of a kind adventure throughout Japan! E-mail [masked] for the DAILY ITINERARY! Sign up at: https://www.photoflytravel.org/japan-group-tours/ Our Japan group tours are chock full of diverse activities including unique cultural experiences, fantastic landscape & people photography, and all the beautiful temples and architecture which make Japan so iconic. E-mail us at [masked] for the daily itinerary! * 9 nights/10 days throughout the highlights of Japan * Breakfast Everyday * 1 lunch, 3 Dinners (Welcome Dinner & Farewell Dinner) Tokyo: 2 Nights Everything that you have heard about Tokyo is true – and it is not. For if ever there was a city that you could not confine to one definition, this would be it. Tradition and technology stand side by side in this city that can be whatever you want to make of it. Highlights: * Privately guided tour throughout Tokyo (Meihi Shrine, Harajuku Fashion District, Imperial Palace Plaza, Asakusa Kanon Temple, Ginza area): – The Electric Town - Asakusa Kanon Temple (Sensoji Temple) – Meiji Shrine – Shinjuku The Japanese Alps & Her Wonders; 3000 Ft Ropeway, Hot Springs, & Waterfalls Highlights: * Shin-Hotaka Ropeway * Shin-Hotaka no Yu Hot Springs * Hirayu Great Falls Takayama: 2 Nights Mountains in Japan were once believed to be the sacred dwelling places of divine spirits. The Hida, Kiso, and Akaishi ranges, known collectively as the Japan Alps, rise majestically in northern Honshu. Highlights: * Privately guided tour throughout Takayama: - Takayama Morning Market - Takayama’s Old Town - Optional Hida Folk Village Tour Hiroshima & Charming Miyajima Island: 1 Night Hiroshima is a city that needs little introduction. Despite its tragic past, Hiroshima is now a bustling and vibrant city which has risen phoenix-like from the ashes. No visit to Hiroshima would be complete without sampling okonomiyaki, a Japanese savoury pancake. While in Hiroshima we’ll take a ferry ride to Miyajima Island where the world famous Itsukushima Shrine is located. Hiroshima: *Privately guided tour of Hiroshima: – Memorial Peace Park, Museum, & A-Bomb Dome - Miyajima Island – Vermilion Torii Gate & Optional Itsukushima Shrine in Miyajima Kyoto: 4 nights Oozing with tradition, Kyoto is the ultimate destination for anybody who wants to soak up time-honoured Japanese culture. Highlights: * Privately Guided Tour of Kyoto: – Kinkakuji Temple (Golden Pavillion) - Okochi Mountain Villa – Monkey Park Iwatayama – Gion District (The Old Geisha Quarter) & Optional Geisha Photo Shoot – Free time in Kyoto to explore on your own – Fushimi Inari Shrine *Japan is wonderful country to see by train and of course they are world famous for their advanced bullet train system. For many of our journeys between each city we visit, we’ll use this fun and efficient way to travel the country. This is one place where local public transit is a lot faster than using a vehicle! * All Transfers, All Rail tickets, All Public Transit Passes, All Entry fees and activities as listed in the daily itinerary, & Taxes included! * Tour Leader and photographer to help those interested in photography throughout these Japan group tours * International Airfare is not included. We are happy to help you find a good flight as always! (Flying into Narita International Airport in Tokyo (NRT) and departing from Kansai International Airport (KIX) in Osaka) E-mail us at [masked] for the daily itinerary! Join Us! *For our solo travelers I will pair you up with someone of the same sex unless single occupancy is requested. Price: $[masked] *Single Supplement:[masked] OR Deposit: $600.00 Go here to sign up: http://www.photoflytravel.org/japan-group-tours/ CST[masked]

November 6th - November 19th 2020 Email [masked] for the DAILY ITINERARY! Sign up at https://www.photoflytravel.org/israel-jordan-group-tours/ Israel (8 Nights/9 Days): The first part of our journey is spent exploring many corners of this beautiful country. Astounding landscapes, amazing people, surreal history (not only religious), and diverse varieties of local cuisine make for the trip of a lifetime, and this is only part 1! Tel Aviv (2 Nights) Highlights: * Privately guided orientation tour of the city *Rothschild Boulevard and famous landmark Bauhaus edifices *The Center for Israeli Innovation *Ein Hod Artist Village *Tasting Experience at the Carmel Market *Trip to Jaffa Haifa, Kibbutz, Akko, Nazareth, & the Turquoise Grottoes of Rosh Hanikra (2 Nights) Highlights: * Kibbutz living * Haifa * Akko * Rosh Hanikra * Steepest Cable Car in the World * Kayaking through the grottoes of Rosh Hanikra * Nazareth The Sea of Galilee, Mt Gilboa, & the Warm Springs of Gan Hashlosha National Park Highlights: * Capernaum Fishing Village * Tabgha * Mt Gilboa Scenic Drive & Hike * Gan Hashlosha National Park Jerusalem, the Dead Sea, & Everything In-between (3 Nights) Highlights: * Privately guided tour of various sites * The Old City: Church of the Holy Sepulchre, the Western Wall, Via Dolorosa, Muslim quarter * Dome of The Rock * Photograph Iconic Landmarks: the Russian Compound, the Haas Promenade with views of the holy city, and the First Station (Tachana) * Tasting Tour at Machane Yehuda Market * Traditional Shabbat Dinner * Bethlehem * Jericho * Judean Desert Road Trip & Desert Fortress * Dead Sea * Ein Gedi Oasis Eilat (1 night) Highlights: * R&R at a resort * Optional Snorkeling Adventure (Not Included: price and sign up details TBD) Part 2: Jordan (5 Nights/6 Days) Part two of our adventure takes us across the nearby border, but it’s like stepping back in time 1,000 years! Where Israel has been modernized in many areas, Jordan has retained massive swaths of uninhabited wonderlands, dotted with tiny villages and ancient traditions still practiced to this day. It’s during this part of our journey that some of the images we capture will likely end up on your walls for years to come. The Wadi Rum (1 Night) Highlights: * Luxury Camping * Martian Dome Optional Room Upgrade: Ultra-glamping (See daily itinerary for price & more details) * Jeep Safari * Optional Sunrise Hike to Rock Bridge (See daily itinerary for price & more details) Petra (2 Nights) * Magical Nabatean City Guided Tour * Exploring Petra once in the PM and once in the AM to allow for plenty of time to see more & photograph at your own pace Amman (2 Nights) En Route from Petra: * Shobak Castle * Madaba * Mt Nebo & Moses’ Discovery Guided tour of Amman: * Roman Theatre * Citadel and the Temple of Hercules * Old City Walk The Eastern Desert Castles: * Al Kharaneh * Amra Castle * Al Azraq Castle This entire trip will be amazing for photography and one photographer will be on hand to help those who want to learn more about using their cameras, compose better images, etc. PhotoFly Travel Club adventures are laid back when it comes to photography. They are not workshop style based tours and you do not need to be an avid photographer to join. All are welcome! Notes: * Privately guided small group tour as always! * All Taxes & Fees included * All transfers and ground transportation included * Roommate Pairing to save money * International Airfare is not included We will assist all guests with finding the best flight if needed **Flying into Ben Gurion International Airport, Tel Aviv (TLV) and departing from Queen Alia International Airport, Amman (AMM). Specific arrival/departure times needed will be sent to the group approximately 4 months prior to the trip…) 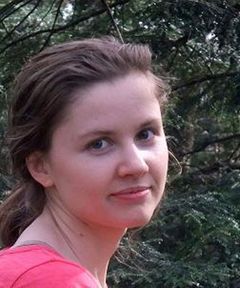 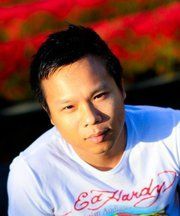 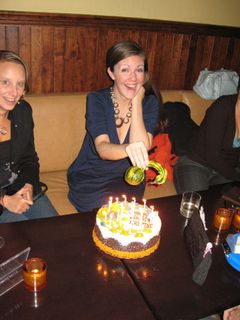 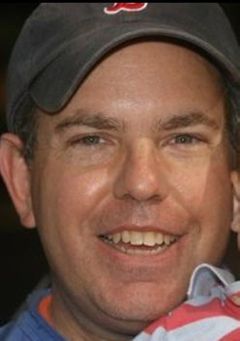 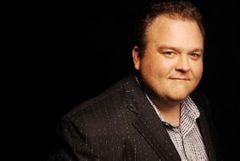 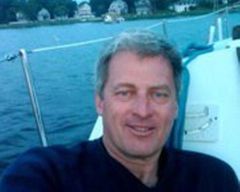 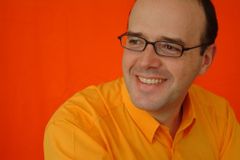 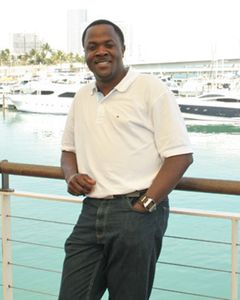 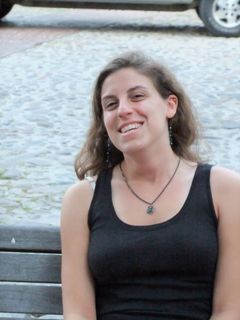 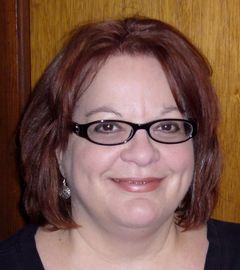 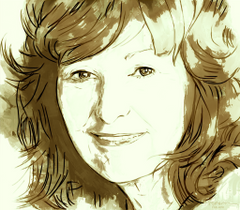 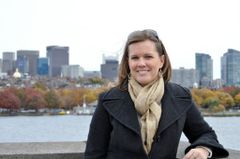