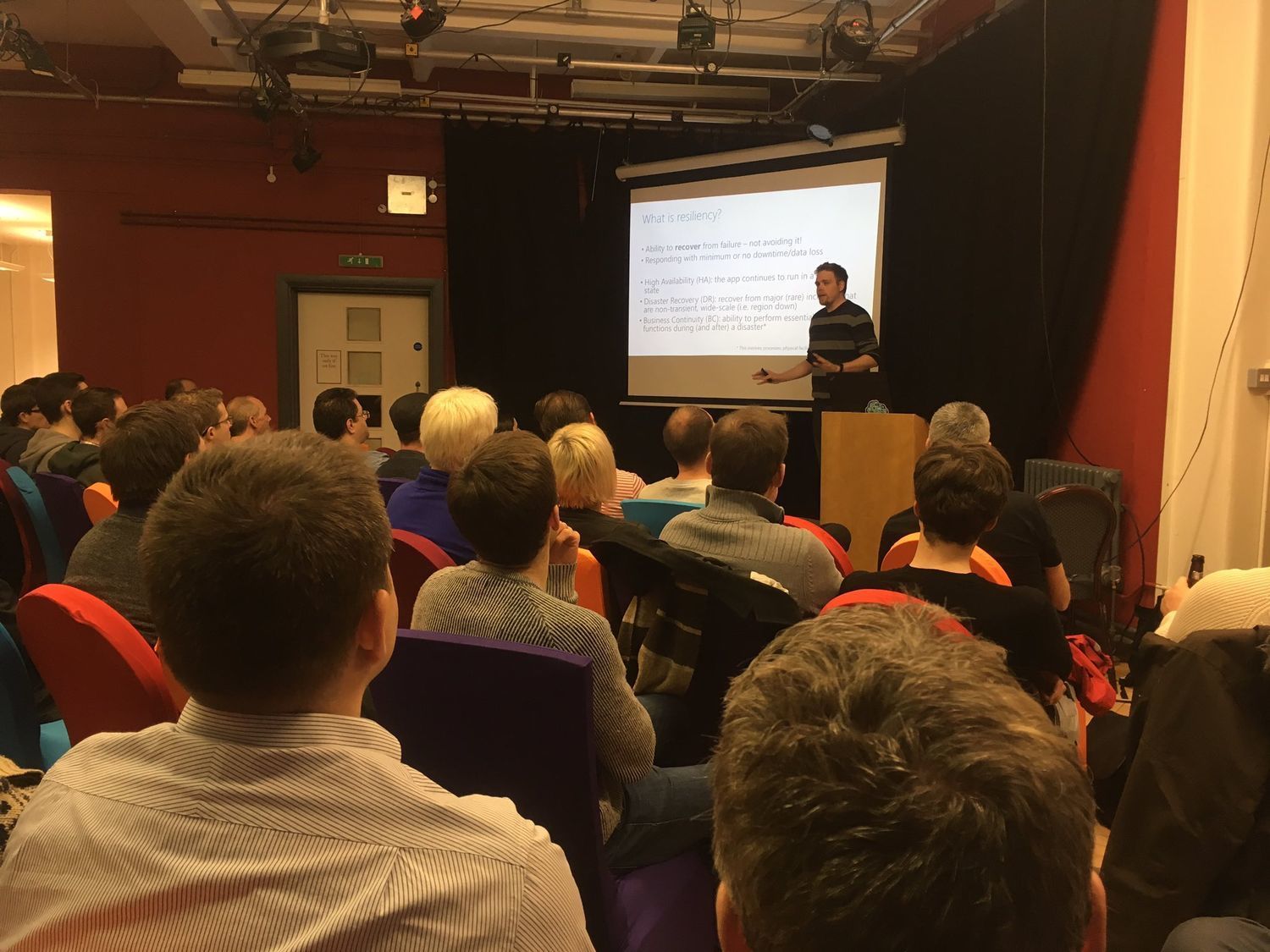 Update: Due to the COVID-19 situation, this event will now be a virtual event. We're looking into different platforms, but Zoom is looking the most likely.

Because a big part of what .NET Oxford is all about is the community and everyone getting together and meeting like-minded people - it's important that this doesn't just become the same as watching a non-live YouTube video. For that reason, we're encouraging everyone to turn on webcams and audio where possible, and get involved. Especially before Mark's talk starts, during the break, and at question time. We'll also keep the event going afterwards so people can mingle some more - feel free to bring your own drinks! (sorry, Corriculo can't do home delivery!). Technologies like Zoom, MSTeams, Twitch, etc. make these kinds of remote events not just do-able, but also great fun!

We'll create the Zoom event at about 6.30pm, to allow guests to join, mingle, and play around with the platform. Please aim to turn on webcams and your mic rather than just typing. Ask questions, answer questions, chat, mingle, get involved. I appreciate this might be nerve-wrecking for some, but I've found from moving to working from home fulltime, and using video call technologies such as MSTeams - everyone is so much more 'together' and more involved as soon as webcams and audio are used instead of typing text (we already have Twitter for that). It's amazing how quickly you get used to it too, and it just feels normal. In these strange times we're finding ourselves in, we're going to have to rely upon and get used to remote technologies like this much more for both communication and socialising - so let's have fun whilst we're at it and keep the .NET Oxford community going!

Any questions or concerns, feel free to message me (or even request a Zoom chat! ;))

Roslyn is the “.NET Compiler Platform”, which means it not only compiles C# (and VB.NET) code; it also provides an API so programmers can write programs that understand programs that other programmers have written. You know all those analyzers and code fixes in Visual Studio? Those are written using Roslyn, and you can write your own, and it's much easier than you might think! You can also use Roslyn in regular .NET applications, to read code and do interesting things with it. It's like regular expressions, except it's also the exact opposite of regular expressions because it actually understands the text. Also when you write some Roslyn code and then go get a cup of coffee you’ll still understand it when you come back.

You could even use Roslyn to build a whole application that reads old .NET 4 applications and generates shiny new .NET Core 3.1 applications, which is what Mark’s been doing lately and why he knows all this stuff now that he’s going to share with you. Stuff like how to write your own analyzers and code fixes, and all about SyntaxTrees and SyntaxNodes and Trivia and semantic models and symbols and Visitors and Rewriters, and why immutability is such an important feature of Roslyn but it will bite you, and everything. Okay, not everything, but a lot of good stuff.

Mark Rendle decided he wanted to be a programmer when he was 10, became a professional programmer when he was 16, and is still a programmer 30 years later. He worries that somebody is going to notice he’s having too much fun and make him stop. Right now he’s working on Visual ReCode, a tool for migrating .NET 4 WCF and Web API applications to ASP.NET Core 3.1. His hobbies include collecting jars of dark matter, high-altitude scuba diving, and making up stupid hobbies.

There'll also be a short 10-minute talk by our sponsors, Corriculo Recruitment entitled, "What happens now? How the COVID-19 lock-down has changed the job market."