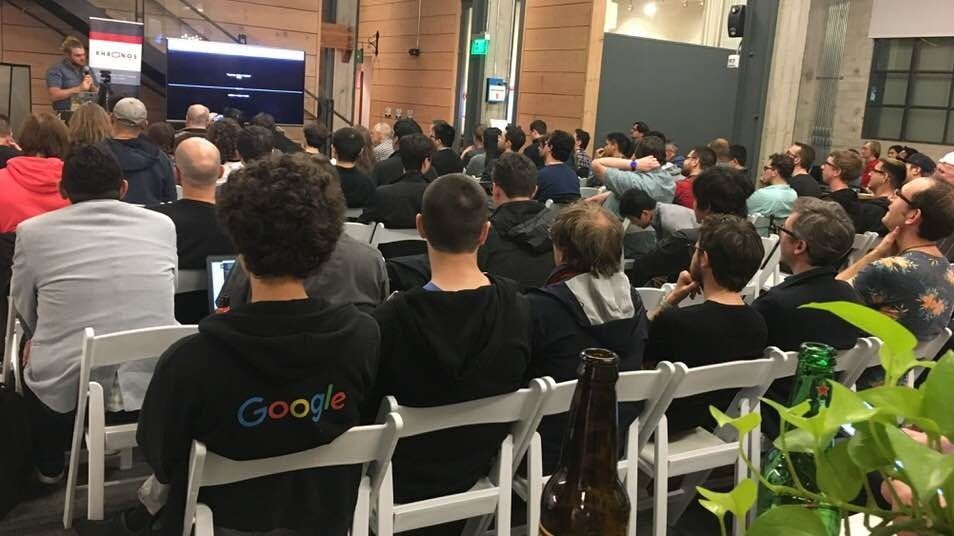 The Khronos Group promises a smashing good time at Galvanize again this year. All of the cool cats are coming.

This event will be LIVE STREAMED to the Silicon Valley WebGL group on Facebook:
https://www.facebook.com/groups/SVWebGL/

Last year we had over 200 RSVPs and an amazing lineup of speakers.

Alban Denoyel (Sketchfab) - Alban will present Sketchfab's latest visual improvements and features such as configurators, making it the ideal choice for product visualization on the web!

Dave Evans (PlayCanvas): Dave will discuss the latest features in the PlayCanvas engine, including integrated, collaborative version control for your entire game and all of its assets!

Ricardo Cabello (Three.js) - Ricardo will present the latest advancements in the ubiquitous Three.js library, including enhancements to its physically-based rendering model which make web graphics look better than ever before!

Gary Hsu (Microsoft) - Gary will be presenting the latest developments in Babylon.js including support for ECMAScript 6 modules, our experiences using the WebGL multiview extension in Babylon.js and latest updates to tools for debugging WebGL and glTF.

Robert Long (Mozilla): Robert will present an update on Hubs, the Spoke editor, and how the team has optimized Hubs for use on standalone VR headsets and mobile devices.