Got an invention and want to learn how to license or launch it? Are you an entrepreneur or small business with intellectual property worth protecting? Want to better understand patent and patent rights? Looking for ways to prototype and manufacture your product? Want to hear success stories and mistakes to avoid from other innovators? The Inventors Association of Manhattan is for you. Every 2nd Monday of the month, we feature an expert guest speaker, lively discussion among inventors. We foster professionalism, trust and support.

All Welcome! Easy online registration.
Miss a meeting? No problem. See http://www.youtube.com/ManhattanInvents (our YouTube video channel) for videos of meetings and more!
Do you offer services to inventors like patenting, prototyping, new product and industrial design, licensing, investing, manufacturing, marketing and sales? The IAM is also for you.

For those familiar with the television direct response mega-hit Smart Spin, Warren Tuttle was the person behind the scenes helping to orchestrate its overnight success. Teaming with a Boston based inventor, Tuttle selected an explosive path to market. With almost 10 million units sold so far, SmartSpin continues to be prominently featured at major retailers throughout America. Warren also teamed to initiate the market launch of several other innovative kitchen products including MISTO, The Gourmet Olive Oil Sprayer, which has sold over 5 million units around the world to date, and The Toss and TurnPan, one of the best selling cookware frypans in the US in 2005. Warren has also helped numerous housewares product patent holders obtain licensing agreements with major U.S. manufacturers and has counseled many inventors who went on to start their own small businesses.

Additionally, Warren works closely with Direct Response Television stalwart Merchant Media of Marlborough, MA who has launched many successful TV products over the past 20 years.

Prior to developing and marketing products for the housewares industry, Warren owned 5 of his own gourmet specialty kitchenware stores (The Complete Kitchen of Southern CT), a prepared food and catering business (The Good Food Store of Darien, CT), a nationally recognized cooking school and a partnership in a kitchen design business. Food and Wine magazine once described The Complete Kitchen as “one of the finest gourmet stores in America”. Warren began his career as a department store buyer of cookware and small appliances in New York City (Abraham and Straus of Brooklyn, NY).

Ever wonder what it would be like to be on Shark Tank! To get investment by the Sharks? To not get an investment? What's real and what's TV? Well then this is the presentation for you. Hear exactly what went down from these amazing entrepreneurs and inventors.

Riki Franco, Co-Founder, Prime 6 Charcoal
Born and raised in Israel, Riki Franco has always been open to adventures and new challenges. From serving in the Army as a young adult to backpacking through Asia and South America, she consistently finds inspiration in travel, the outdoors, and epicurean experiences.
In 2006, a CFO position with Diamonds International brought her to Cozumel, Mexico where she met her husband and business partner, Oron Franco. When the opportunity arose for the couple to relocate to New York City, they immediately pursued it. After 8 years with Diamonds International and ready for a change of pace, Riki launched FeedMe, a storytelling app for foodies, chefs, and brands to connect and share experiences around food. After raising capital and assembling a notable advisory board with members from Buddy Media, Yelp, and Bloomberg, she moved on to a corporate role at Liveperson. Not long after, while traveling in Vietnam, Riki and Oron came across a hexagonal charcoal product that was unlike anything they had seen on the market. They were inspired to not only launch their own brand, but improve on the product, its process, and the mission. Prime 6 Charcoal was born, and under Riki’s leadership has developed a retail presence of over 5,000 stores nationwide. In 2020, the brand appeared on Shark Tank and secured a $200,000 loan from one the show’s most notorious investors, Kevin O’Leary.

Franco’s true passion is to connect with likeminded people, especially women. In 2017, she co-founded AlphaCats, an organization for women who see career as an attitude. Together they focus on creating intimate content-focused events that are thought provoking, authentic and meaningful. The organization has grown to over 400 members gaining and sharing knowledge and practical tools that serve them in their respective careers and business endeavors.
Based in New York City, Riki is a trilingual entrepreneur that embraces an infinite mindset. She looks forward to passing this philosophy, as well as, her belief in impacting the world for the better, on to her two children.

Ariel Barbouth, Nuchas, Inc.
Ariel Barbouth is the founder of Nuchas, the Evolution of Hand-Held Foods. Born and raised in Buenos Aires, he has a BS in Manufacturing Engineering and a Master Degree of Science in Boston University.
In 2009, Ariel and his wife Leni moved from Argentina to NYC to follow their dream: bringing traditional Argentine empanadas and making them mainstream in the USA. Nuchas was launched in the middle of Times Square in 2011, where their original dream was transformed from traditional empanadas to the building of a new category: hand-held gourmet foods from everywhere on earth. Since then, they opened 2 other locations, launched their Vendy award winning food truck, acquired their own facility, appeared on Shark Tank and opened in 2 convention centers. Launched their direct to consumer platform shipping nationwide, while continuing advanced conversations to set foot in many other stadiums, arenas, and airlines in the near future.

Yannis Moati, CEO, HotelsByDay:
HotelsByDay is a booking platform for day use hotel rooms. Yannis has a rich background of 15 years in travel, from guiding tours in Europe at a young age, to co-founding an exotic travel agency and then directing a New York-based global tour operator company. In 2015, Yannis gathered some of the hospitality industry’s brightest to form HotelsByDay & FlexBook, two innovative solutions for hotels to monetize unused room inventory by giving guests new ways to stay.

This is a can't miss event! 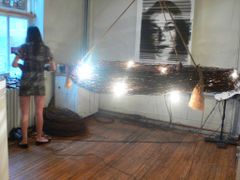 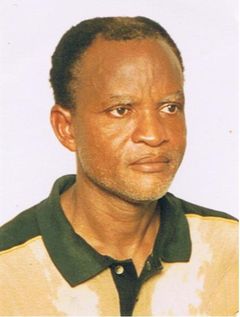