Modernist Fiction, Its Origins and Beyond... and other stuff


This group started in May 2011, and we've read novels by Joyce, Malraux, Kafka, Wright, Mishima, Faulkner, Nabokov, Unamuno, Ellison, Hamsun, Woolf, Biely, Gide, and many others. We try to have a good time discussing the books without descending to small talk, think critically without descending to pedantry, etc.

Also, as the title shows, we've expanded our reading list since the group started. We don't really want to title the group something as vague as "Chicago Literature Group," etc., and modernist fiction and poetry still make up most of the reading list. But if some group members are excited about reading something else, be it Goethe or Ovid, Wallace or Perec, we're interested in that too. Feel free to make suggestions.

Crime and Punishment (Pre-reform Russian: Преступленіе и наказаніе; post-reform Russian: Преступление и наказание, tr. Prestupléniye i nakazániye, IPA: [prʲɪstʊˈplʲenʲɪje ɪ nəkɐˈzanʲɪje]) is a novel by the Russian author Fyodor Dostoevsky. It was first published in the literary journal The Russian Messenger in twelve monthly installments during 1866.[1] It was later published in a single volume. It is the second of Dostoevsky's full-length novels following his return from 5 years of exile in Siberia. Crime and Punishment is considered the first great novel of his "mature" period of writing. Crime and Punishment focuses on the mental anguish and moral dilemmas of Rodion Raskolnikov, an impoverished ex-student in Saint Petersburg who formulates a plan to kill an unscrupulous pawnbroker for her money. Before the killing, Raskolnikov believes that with the money he could liberate himself from poverty and go on to perform great deeds. However, once it is done he finds himself racked with confusion, paranoia, and disgust for what he has done. His moral justifications disintegrate completely as he struggles with guilt and horror and confronts the real-world consequences of his deed. In the novel, Dostoevsky pinpointed the dangers of both utilitarianism and rationalism, the main ideas of which inspired the radicals, continuing a fierce criticism he had already started with his Notes from Underground. Dostoevsky utilized the characters, dialogue and narrative in Crime and Punishment to articulate an argument against westernizing ideas. He thus attacked a peculiar Russian blend of French utopian socialism and Benthamite utilitarianism, which had led to what revolutionaries, such as Nikolai Chernyshevsky, called "rational egoism". The radicals refused to recognize themselves in the novel's pages, since Dostoevsky pursued nihilistic ideas to their most extreme consequences. Dimitri Pisarev ridiculed the notion that Raskolnikov's ideas could be identified with those of the radicals of the time. The radicals' aims were altruistic and humanitarian, but they were to be achieved by relying on reason and suppressing the spontaneous outflow of Christian compassion. Chernyshevsky's utilitarian ethic proposed that thought and will in Man were subject to the laws of physical science. Dostoevsky believed that such ideas limited man to a product of physics, chemistry and biology, negating spontaneous emotional responses. In its latest variety, Russian nihilism encouraged the creation of an élite of superior individuals to whom the hopes of the future were to be entrusted. Raskolnikov exemplifies the potentially disastrous hazards contained in such an ideal. Frank notes that "the moral-psychological traits of his character incorporate this antinomy between instinctive kindness, sympathy, and pity on the one hand and, on the other, a proud and idealistic egoism that has become perverted into a contemptuous disdain for the submissive herd". Raskolnikov's inner conflict in the opening section of the novel results in a utilitarian-altruistic justification for the proposed crime: why not kill a wretched and "useless" old moneylender to alleviate the human misery? Dostoevsky wants to show that this utilitarian style of reasoning had become widespread and commonplace; it was by no means the solitary invention of Raskolnikov's tormented and disordered mind. Constance Garnett Translation Online Text: https://en.m.wikisource.org/wiki/Crime_and_Punishment Pevear and Volokhonsky Translation Amazon Link: https://www.amazon.com/Crime-Punishment-Volokhonsky-Translation-Classics/dp/0679734503/ref=sr_1_3?crid=2C1SE7TXME7SA&keywords=crime+and+punishment+pevear+and+volokhonsky+translation&qid=1551886369&s=gateway&sprefix=Crime+and%2Caps%2C206&sr=8-3 Please read Part I.

A society of cockroaches live peacefully in the apartment of a bachelor until a woman moves in and the humans begin to exterminate the cockroaches. Available on YouTube and Amazon Prime.

“A screaming comes across the sky. It has happened before, but there is nothing to compare it to now.” Gravity's Rainbow is a 1973 novel by American writer Thomas Pynchon “In Soviet Russia, the sky comes screaming across YOU!!” ~ Russian reversal on Gravity's Rainbow Gravity’s Rainbow is a novel by American author Thomas Pynchon, and is often considered his best and most famous novel. Lengthy, complex, and featuring a large cast of characters, the narrative is set primarily in Europe at the end of World War II, and centers on the design, production and dispatch of V-2 rockets by the German military. In particular, it features the quest undertaken by several characters to uncover the secret of a mysterious device named the "Schwarzgerät" ("black device"), slated to be installed in a rocket with the serial number "00000". Time named Gravity's Rainbow one of its "All-Time 100 Greatest Novels", a list of the best English-language novels from 1923 to 2005 and it is considered by many critics to be one of the greatest American novels ever written. The plot of the novel is complex, containing over 400 characters and involving many different threads of narrative which intersect and weave around one another. The recurring themes throughout the plot are the V-2 rocket, interplay between free will and Calvinistic predestination, breaking the cycle of nature, behavioral psychology, sexuality, paranoia and conspiracy theories such as the Phoebus cartel and the Illuminati. Gravity's Rainbow also draws heavily on themes that Pynchon had probably encountered at his work as a technical writer for Boeing, where he edited a support newsletter for the Bomarc Missile Program support unit. The Boeing archives are known to house a vast library of historical V-2 rocket documents, which were probably accessible to Pynchon. The novel is narrated by many distinct voices, a technique further developed in Pynchon's much later novel Against the Day. The style and tone of the voices vary widely: Some narrate the plot in a highly informal tone, some are more self-referential, and some might even break the fourth wall. Some voices narrate in drastically different formats, ranging from movie-script format to stream of consciousness prose. The narrative contains numerous descriptions of illicit sexual encounters and drug use by the main characters and supporting cast, sandwiched between dense dialogues or reveries on historic, artistic, scientific, or philosophical subjects, interspersed with whimsical nonsense-poems and allusions to obscure facets of 1940s pop culture. Many of the recurring themes will be familiar to experienced Pynchon readers, including the singing of silly songs, recurring appearances of kazoos, and extensive discussion of paranoia. According to Richard Locke, megalomaniac paranoia is the "operative emotion" behind the novel, and an increasingly central motivator for the many main characters. In many cases, this paranoia proves to be vindicated, as the many plots of the novel become increasingly interconnected, revolving around the identity and purpose of the elusive 00000 Rocket and Schwarzgerät. Please read up to page 518 in the[masked] page edition, or page 527 in the[masked] page Penguin Deluxe Classics Paperback edition. PDF Link: https://drive.google.com/file/d/1ByYZ4d0aa1TsgvuR3iyJ5leRFmy2sui-/view?usp=drivesdk

We will read Andrei Bely’s 1913 masterpiece Petersburg for this Meetup. From Wikipedia: Petersburg (Russian: Петербург, Peterbúrg) is a novel by Russian writer Andrei Bely. Today the book is generally considered Bely's masterpiece; Vladimir Nabokov ranked it one of the four greatest "masterpieces of twentieth century prose", after Ulysses and The Metamorphosis, and before "the first half" of In Search of Lost Time. The novel is based in Saint Petersburg in the run up to the Revolution of 1905 and follows a young revolutionary, Nikolai Apollonovich Ableukhov, who has been ordered to assassinate his own father, Apollon Apollonovich Ableukhov, a high Tsarist official, by planting a time bomb in his study. Bely drew his characters from historical models: Apollon Apollonovich shares many characteristics with Procurator of the Holy Synod Konstantin Pobedonostsev, and Dudkin resembles the revolutionary terrorist Boris Savinkov. There are many similarities with Joyce's Ulysses: the linguistic rhythms and wordplay, the Symbolism and subtle political concerns which structure the themes of the novel, the setting of the action in a capital city that is itself a character, the use of humor. The differences are also notable: the English translation of Bely remains more accessible, his work is based on complex rhythm of patterns, and, according to scholarly opinion, does not use such a wide variety of innovations. But these innovations, which subvert commonplace literary rhetoric, are necessary to conveying Petersburg at such a tumultuous time. The comparison of Petersburg to Ulysses has been made for both its symbolist style and for the centrality of the city within the narrative. There are many allusions within the novel to the city's history going back to its founding by Peter the Great, and it incorporates a number of literary allusions to literature set in Petersburg (especially The Bronze Horseman) as well as Russian literature in general. The characters such as Apollon Apollonovich and Alexander Ivanovich often merge with their environments, while the city itself forms a significant role in the story's unfolding. The book was informed by many of the philosophies Bely and others of his time were concerned with, both political and spiritual. One of the major influences on the somewhat mystical tone of the book was Bely's experience with Rudolf Steiner and his philosophy of anthroposophy. The characters undergo various transcendent states, and these are generally drawn from Bely's spiritual studies. There are also discussions of Marxism and Nietzsche's ideas, and though the book revolves around a political action, much of it is concerned with spiritual states. Amazon Link: https://www.amazon.com/Petersburg-Andrei-Bely/dp/0253034116/ref=mp_s_a_1_1?ie=UTF8&qid=1533519049&sr=8-1π=AC_SX236_SY340_QL65&keywords=petersburg+bely+indiana&dpPl=1&dpID=51kgyig17kL&ref=plSrch Second Amazon Link: https://www.amazon.com/Petersburg-Penguin-Classics-Andrei-Bely/dp/0141191740/ref=mp_s_a_1_fkmr0_1?ie=UTF8&qid=1533519098&sr=8-1-fkmr0π=AC_SX236_SY340_QL65&keywords=petersburg+bely+indiana Online text: https://drive.google.com/file/d/1IYPu-aclh1IV3lFbafXQiyEpp4gmzB9T/view?usp=drivesdk 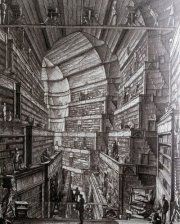 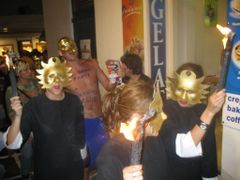 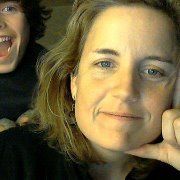 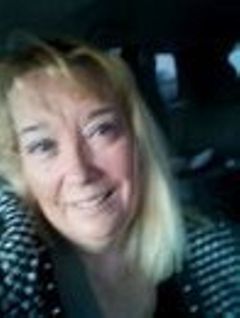 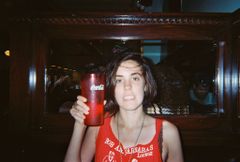 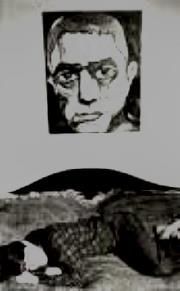 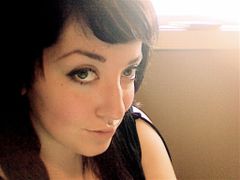 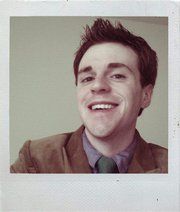 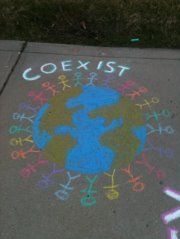