This is a group for people who love cinema and love talking about it...

Don't be intimidated about your level of trivia knowledge as a movie geek and don't be bashful about your favorite genre choices. We'll take an eclectic approach to the aesthetics of cinema.

Meetups can either be held to see a movie and discuss it afterwards, discuss movies without screening one, or attending one and discussing it at a later date in a separate Meetup...

Amidst all the other creative South Korean directors, Hong Sang-soo is unique - someone whose films start involving people's encounters, conversations, relationships, and dramas, only for the films to turn in on themselves and re-arrange the elements of the story in new ways. Think of "Before Sunrise", "My Night at Maud's", or "My Dinner with Andre" if those films jumped around like "Groundhog Day". On this Sunday we'll be talking about two films of his, one of whom will support the Siskel film center during this quarantine! That film is called "Yourself and Yours", and it's about a couple who after they break up, the man can't find his former girlfriend anywhere, and she starts acting in a completely different manner (one way to consider the movie is it's Indie "Vertigo"). It will be available for streaming from 6/5, and part of the proceeds go directly to support the Siskel if you follow this link for more information: http://www.siskelfilmcenter.org/yourselfandyours We'll also take a look at his "Right Now, Wrong Then", about a film director who meets a young artist at a palace, views her artwork, and over drinks they meet with friends where secrets are revealed - only to have the process repeat, but now things are quite different. It's available streaming from Amazon Prime, iTunes, Fandor, Hoopla, and Kanopy, and a good review of the film can be found here: https://film.avclub.com/hong-sang-soo-perfects-his-formula-with-the-great-right-1798188203 We'll be posting the link for the online session (most likely on Zoom) an hour or so before the event. See you (Soo)n!

Pedro Almodóvar is the most famous and successful Spanish director since Luis Buñuel. He has won many awards and is accepted as a great director by most people and countries around the world yet controversial, especially in his depiction of women. Actresses who have worked for him and most women consider him one of the few male directors who can portray women well, while others consider him a misogynist fascinated with their degradation. And yet he makes crazy comedies, melodramas, and serious statements about the effects of the past and the present. His career is considered by some to have four phases, and we have chosen six films to focus on to represent those phases: Phase 1: "Matador" Phase 2: "Women on the Verge of a Nervous Breakdown" Phase 3: "All About My Mother" / "Volver" Phase 4: "Julieta" / "Pain and Glory" The discussion would focus on at least the following (plus what concerns and questions arrive naturally from the discussion): * What defines these four phases to Almodóvar's career? Has he grown over these phases, or is he still making the same kinds of films 20 films later? * His movies are very political, the first ones coming out right after Franco was deposed from Spain. How does he continue to criticize Franco and glorify the new freedom of the news Spain throughout his movies? * As mentioned above there are lovers and haters of Almodóvar's treatment of women. Where are you on this key issue? * His scene composition, set design, and use of color are unique. Why is he obsessed with color red, and the styles of set designs he uses across multiple films? * His use of music is said to be exemplary. How does he use Spanish music to enhance the moods of his films? * Almodóvar always includes references to other films in his films. A prize to the person who can pick out the most film references, after we discuss why he makes films this way. All the films are available on Amazon. "Pain and Glory", his most recent, just moved to Starz, where you can view it by signing on to a one-week trial. (TRIGGER warning: His films do include rapes - some meant as funny, some as satire of Spanish machismo, some as satire of Franco's Spain. Also present is female and male nudity, and some sexual situations). The zoom link will be sent out two hours before the meeting is to start.

(Due to the COVID-19 quarantining closing the venue and keeping distance being a good idea in general, we're postponing the physical Meetup to a (hopefully) post-pandemic future of July. We may set up a virtual discussion on 3/29 via Google Hangouts, plus feel free to post your Steve Martin movie thoughts here. But in the meantime, stay healthy and safe, Amigos!) Steve Martin was one of the first stand-up superstars, but unlike similar comedy legends like George Carlin and Richard Pryor, he was able to pivot into a fascinating film career. In this month's Discussion Brunch, we'll look at the range of remarkable dramatic and comedic parts he's played (several of which are in films he wrote the scripts for himself). Here's some of the films we'll be definitely talking about starring the Emmy-winning banjo player: "Pennies From Heaven" (1981) "All of Me" (1984) "Planes, Trains, & Automobiles" (1987) "Roxanne" (1987 - also wrote) "L.A. Story" (1990 - also wrote) "Grand Canyon" (1991) "Bowfinger" (1999 - also wrote) "Shopgirl" (2005 - also wrote, based off his own book!) "Billy Lynn's Long Halftime Walk" (2016) But he has such an interesting filmography there's a very good chance some Amigos, Spanish Prisoners, and other Jerks will come up. (Two notable films to explore if you're adventurous would be "The Pink Panther" (2006), rumored to be not that good', but could be an interesting to compare with Peter Sellers' version; and "Traitor", a solid 2008 action movie starring Don Cheadle and written by Martin!) Drop by the Red Lion to talk about what this Wild and Crazy guy is capable of putting on screen! 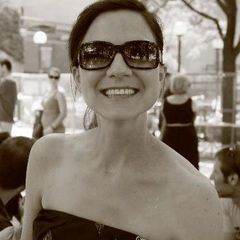 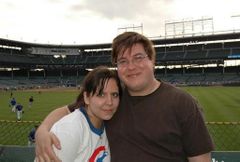 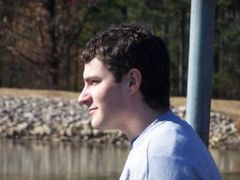 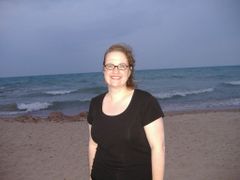 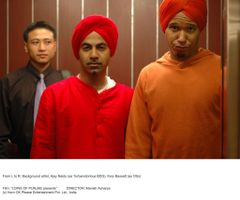 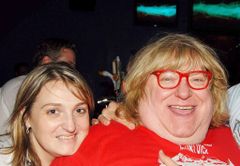 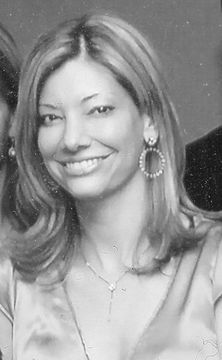 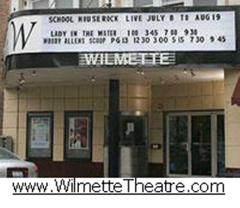 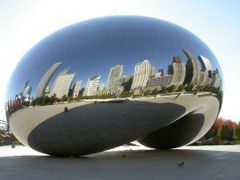