Hosted by
Dustin I. and Timothy A. 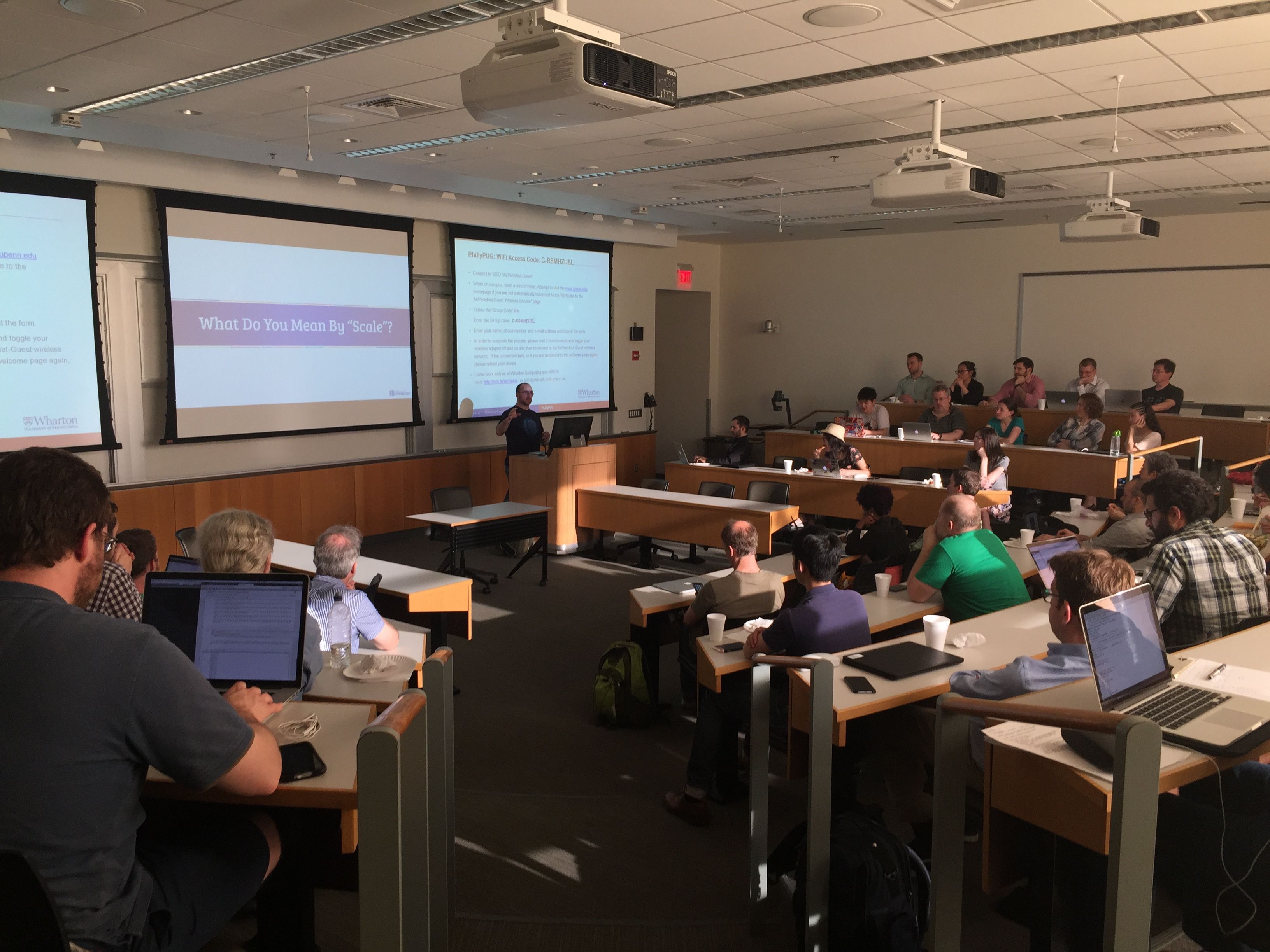 From the Walnut Street entrance, go to the end of the long hallway, then to the right. G-55 will be on your right.

Hosted by PhillyPUG at the Wharton School, Huntsman Hall, room G-55.
Doors at 5:30pm, pizza around 6pm, presentation shortly after.

In this talk, we'll learn about a highly controversial proposed change to Python syntax, the rationale for it, and the fallout as the result of it.

This talk aims to be a level-headed and rational discussion of a recently proposed syntax change to Python that created intense debate, disagreement, and eventually led our BDFL to take a 'permanent vacation'. Along the way we'll go in-depth on how new ideas about Python are proposed, discussed, and become part of the language, what's unique about Python's process compared to other open source projects, and recent developments and what they mean for the future of the wider Python community. The goal is to give the average Python user an understanding of how Python evolves, problems with the existing process, and how we can solve it. In the end, attendees should come away with not only an understanding of PEP 572 and the Python governance model, but also gain an understanding of ways in which this process can fail and even become harmful to the people involved, and how we, as users of open source software, can be better stewards of our language and better supporters of the volunteers who we depend on.

Dustin is a Developer Advocate at Google, focused on supporting the Python community on the Google Cloud Platform. He's also a member of the Python Packaging Authority, a maintainer of PyPI, and organizer for the PyTexas conference.