Welcome to the Denver Philosophy Club. To begin with the standard question—What is Philosophy?—Philosophy is part logic, part critical thinking, part tinkering and part understanding—as well much, much more. To be a bit more precise Philosophy is the study of the fundamental nature of knowledge, reality and existence especially when considered as an academic discipline. Another words philosophy is the examination of our life.

There are philosophical topics such as Free Will, or 'do we have free will or are we products of determinism’?—

So we are a discussion group that does ‘philosophy’.

The Format of the Meetings:

Topics are suggested and refined by those attending the meeting. Then by pure democracy we collectively vote for the best 2-4 top topics and break into 2-4 groups to discuss them.

Some general guidelines for the meetings:

If you would like a lively discussion to rival those you spent in the wee hours at college, while your brain marinated in substances whose names you can no longer pronounce now that you've taken them, then by all means join us!

Membership is free to attend. However, if anybody wishes to provide a donation to help offset the nominal fees Meetup.com charges, I would appreciate it. Thanks!

Welcome to The Denver Philosophy Club. A place for a dialogical discussion. This is our Philosophy Addicts Anonymous Meeting. This open to the public discussion club designed to bring together anyone from any walk of life with varying different degrees of expertise and knowledge to discuss philosophy. We are philosophers’ engaging in public, intellectual discourse. Our discussion club's goal is to practice dialogical discussions on philosophy. Our discussion club's goal is to practice dialogical discussions. We observe a formal dialogical method of doing philosophy. Philosophy Addicts Anonymous designed to be like a support group therapy style meeting. We meet @Irish Snug to discuss Philosophy; formally. This meeting is the most formal of our meetings for two reasons; first distractions, noise are a minimum because we are in the basement; second the format of the meeting has all of us in a circle facing one another so we can speak, listen and contemplate together. We meet in the basement of the Irish Snug. This meeting is for the third Wednesday of the Month. I don't mind if you're late, or early. If early you'll be there for a bit of the pre-discussion. If you're late, you'll be there when current affairs and politics discussion. Our attendance is lax. If you sign up and forget to change your rsvp—no problem. If you’re not busy come early; if you’re late come fashionable—for you will be welcome no matter what. RSVP accuracy is not necessary. This is a bar/cafe as our venue. They serve some food and drinks. I may bring some literature for the topic or show some kind of multimedia when the occasion calls for it. This meeting is Philosopher orientated and it’s meant to be modeled after support groups. A centralized discussion on a single philosopher or idea.

Karl will host our discussion of "This Is Not Propaganda: Adventures in the War Against Reality" by Peter Pomerantsev on Zoom. Richard suggested this book. I'll post the Zoom meeting address as soon as I have it from Karl The other option for next month is Cameron's pick. See the July 24 Meetup. The August poll results are in, and the winners are Karl's pick, "The semiotic stance" by Paul Kockelman, and Cameron's pick, "On Denoting" by Bertrand Russell. Unless, R-naught drops to 0.1, we'll be hosting these two events online as well. Since we are always planning ahead, I've started the poll for our Meetups two months out. You'll find that under the "More" menu near the top of our homepage (https://www.meetup.com/philosophy-34/polls/). Anyone who is a member of this Meetup can submit a title for the poll. Just send me an email ([masked]), and I'll add your selection. However, I will only include one title from each member. If you submitted a title last month, I've rolled it over into the new poll. If you want to change your recommendation, please let me know. As always, it's essential that everyone who comes to the meeting reads the book in its entirety. Please also think of a food or drink item that you would like to bring to some hopefully not too distant potluck. Happy reading!

Welcome to the Denver Philosophy Club. A place for a dialogical discussion. This is our Philosophers’ on the Run discussion meeting. Ours is a public discussion club designed to bring together anyone from any walk of life with varying different degrees of expertise and knowledge to discuss philosophy. We are philosophers’ engaging in public, intellectual discourse. Our discussion club's goal is to practice dialogical discussions on philosophy. This upcoming Wednesday, July 22nd, The Denver Philosophy Club will be hosting our Philosopher’s on the Run meet up @My Brother's Bar. the address is[masked]th St, Denver, CO 80202. Please take a moment to review our guidelines for philosophers: https://www.denverphilosophos.com/welcome-to-the-denver-philosophy-club This will help in understanding our format for discussion. By the end of the meeting we will take a short walk around Denver together before we part. The Possible topics for February, with brevity in mind, are: 1.) 2.) 3.) Dates for this events thru 2020 year: Wednesday, July 22nd. 6-8 pm @My Brother's Bar. Saturday, August 15th. 1-3 pm @Gypsey House. Wednesday, September 23rd. 5-7 pm @Hooked on Colfax. Wednesday, October 28th. 5-7 pm @TBD. Saturday, November 7th. 1-3 pm @Mercury Cafe. Saturday, December 12th. 1-3 pm @Drip Denver. DPC’s website & Facebook Group: 1.) The Denver Philosophy Club’s website: www.denverphilosophos.com 2.) The DPC’s Facebook Group: www.facebook.com/groups/DenverPhilosophy/ Looking forward to this Wednesday, July 22nd. Thanks, Dan. 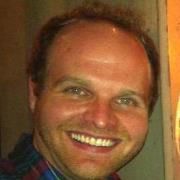 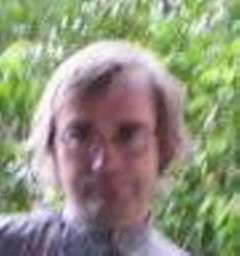 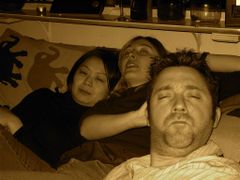 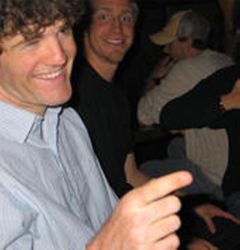 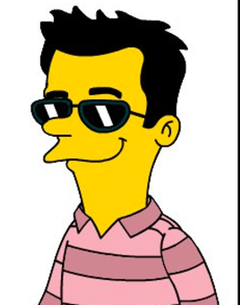 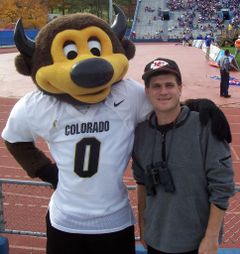