We meet periodically to discuss topics and issues in philosophy. Normally our discussions focus on the announced topic; but occasionally we allow for an open, free flowing discussion. Our discussions are open to all levels of experience.

Other meetings are small reading groups which focus on specific philosophical works.

Much of philosophy deals with nagging questions, for example

Given the great success of science, what is the function of philosophy? Is there metaphysical truth? Is there a separate mental reality? What are the sources and limits of human knowledge? Does God exist? How do we explain evil? Which traditional religious beliefs are worth holding? Do we have reasons for believing that humans have a soul? Are computers capable of conscious thought? In the face of physical determinism, do persons have freedom of the will? Are there objective standards of right and wrong? How is morality related to law? Are social order and individual freedom compatible?

These and many other such questions do not have easy answers, if they have any answer at all.

We provide a forum for those interested in exploring the variety of "answers" which philosophers have offered, and also for those who wish to try their own "answers" to such questions. We welcome people from all backgrounds, philosophical and religious. But this is not a forum for those whose aim is to avow or preach the 'ultimate truth' of their religious faith or promote their latest version of "miracle" therapy. We ask that you engage in a dialogue of critical, rational philosophy, a search for clarity, meaning, and (possibly) a small piece of truth.

https://www.imdb.com/title/tt1019452/?ref_=nv_sr_srsg_0 Review: 'A Serious Man' captures our pain By Mick LaSalle October 9, 2009 Black comedy. Starring Michael Stuhlbarg, Sari Lennick & Aaron Wolff. Directed by Joel and Ethan Coen. (R. 100 minutes) The Coen brothers continue to grow in sophistication and subtlety. "Fargo" is still one of their best pictures, and yet when you compare it to "No Country for Old Men," it looks a little obvious. Joel and Ethan Coen were always original and interesting, and some people were willing to call them great from the beginning. But in truth they've become great before our eyes, expanding their vision and using their films to grapple with the big issues of life, death and the spirit. "A Serious Man," the newest film, combines the spiritual desolation of "No Country for Old Men" with the black comedy of "Burn After Reading." It's an unusual and effective combination. It tells the story of a hapless physics professor, living in a Jewish enclave in Minnesota in 1967, and the movie is funny, definitely funny. But underlying the humor is a vision so bleak, so despairing and so utterly hopeless as to make "No Country for Old Men" almost look cheerful. At least "No Country for Old Men," taking its cue from the Cormac McCarthy novel, had a certain epic grandeur. "A Serious Man," made from an original script by the Coen brothers, presents life as a meaningless void, in which people spend their days worrying and scurrying, only to end up getting cut off at the knees. The placement of the story four decades in the past reinforces this sense - that everything happened, and it all amounted to nothing. In the world of "A Serious Man," not only is existence without any ultimate purpose, but it's without any of the traditional comforts. Larry has a family, but his teenage children are selfish and thieving, and his wife seems to loathe him. Work is only a source of anxiety - he's up for tenure at the university and might not get it. As for sex, when he happens to see his next-door neighbor sunbathing naked, his lust is just another inconvenience, an imposition on his peace of mind, with no chance of relief or satisfaction. "A Serious Man" is the Coens' most Jewish film. It takes place in the Jewish neighborhood they grew up in, and it contains a prologue, in Yiddish, in which a village couple either casts out a dybbuk or murders a nice old man. In either case, there's the sense that this family is cursed - and an implication that, in the rest of the film, we're seeing the curse play out in one man's life. Larry is a serious man, because he strives to do right, and when things start going wrong, he does his best to figure out what the universe is trying to tell him. At the same time, he's a comic character, because it never occurs to him that there may be no higher purpose - or that, even worse, whatever forces out there might be actively malevolent. If the Coen brothers really feel this way, it's a wonder they can get out of bed. The Coens have fun with the art direction, with ugly faux modern paintings and big-eyed Keane reproductions on the walls of Larry's house. Even these light touches have a darker purpose, to highlight the ugliness of it all and temporality of it all. The movie is as painful as it is funny, and it's structurally flat, arranged as just a series of misfortunes. Stuhlbarg holds the film together as the face of suffering humanity, vaguely ridiculous, but too much like us for his pain to be completely amusing. To be honest, I find myself wanting to resist the movie on philosophical grounds. It's hard to love a movie that makes you feel anxious and miserable, and yet it's impossible not to respect a movie that has that power. "A Serious Man," with its consistency of viewpoint, has a way of creeping into the spirit. It's not an easy movie to shake off, even days later, even if you want to. Advisory: This film contains drug use and sexual situations.

Arthur Schopenhauer has been dubbed the artist’s philosopher on account of the inspiration his aesthetics has provided to artists of all stripes. He is also known as the philosopher of pessimism, as he articulated a worldview that challenges the value of existence. His elegant and muscular prose earns him a reputation as one of the greatest German stylists. His thought informed the work of such luminaries as Sigmund Freud, Ludwig Wittgenstein and, most famously, Friedrich Nietzsche. He is also known as the first German philosopher to incorporate Eastern thought into his writings. Schopenhauer’s lack of recognition during most of his lifetime may have been due to the iconoclasm of his thought, but it was probably also partly due to his irascible and stubborn temperament. Regardless of the reason Schopenhauer’s philosophy was overlooked for so long, he fully deserves the prestige he enjoyed altogether too late in his life. Schopenhauer’s pessimism is the most well known feature of his philosophy, and he is often referred to as the philosopher of pessimism. Schopenhauer’s pessimistic vision follows from his account of the inner nature of the world as aimless blind striving. Because the will has no goal or purpose, the will’s satisfaction is impossible. The will objectifies itself in a hierarchy of gradations from inorganic to organic life, and every grade of objectification of the will, from gravity to animal motion, is marked by insatiable striving. In addition, every force of nature and every organic form of nature participates in a struggle to seize matter from other forces or organisms. Thus existence is marked by conflict, struggle and dissatisfaction. The attainment of a goal or desire, Schopenhauer continues, results in satisfaction, whereas the frustration of such attainment results in suffering. Since existence is marked by want or deficiency, and since satisfaction of this want is unsustainable, existence is characterized by suffering. This conclusion holds for all of nature, including inanimate natures, insofar as they are at essence will. However, suffering is more conspicuous in the life of human beings because of their intellectual capacities. Rather than serving as a relief from suffering, the intellect of human beings brings home their suffering with greater clarity and consciousness. Even with the use of reason, human beings can in no way alter the degree of misery we experience; indeed, reason only magnifies the degree to which we suffer. Thus all the ordinary pursuits of mankind are not only fruitless but also illusory insofar as they are oriented toward satisfying an insatiable, blind will. Since the essence of existence is insatiable striving, and insatiable striving is suffering, Schopenhauer concludes that nonexistence is preferable to existence. However, suicide is not the answer. One cannot resolve the problem of existence through suicide, for since all existence is suffering, death does not end one’s suffering but only terminates the form that one’s suffering takes. The proper response to recognizing that all existence is suffering is to turn away from or renounce one’s own desiring. In this respect, Schopenhauer’s thought finds confirmation in the Eastern texts he read and admired: the goal of human life is to turn away from desire. Salvation can only be found in resignation. https://www.iep.utm.edu/schopenh/ Readings: Christopher Janaway's SCHOPENHAUER: A Very Short Introduction https://smile.amazon.com/s?k=Christopher+Janaway%27s+SCHOPENHAUER%3A+A+Very+Short+Introduction&ref=nb_sb_noss Schopenhauer: Studies in Pessimism https://smile.amazon.com/Essays-Arthur-Schopenhauer-Studies-Pessimism-ebook/dp/B0084CDXKU/ref=sr_1_6?dchild=1&keywords=Schopenhauer%3A+Studies+in+Pessimism&qid=1594005634&sr=8-6 Skim Janaway and enjoy Schopenhauer PDFs sent to those who RSVP Pessimism is on LibriVox @ https://youtu.be/-xPqPu4KT4o at 3hr 24m 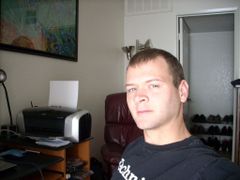 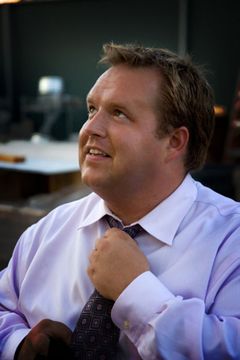 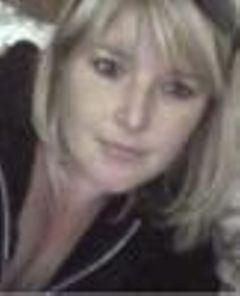 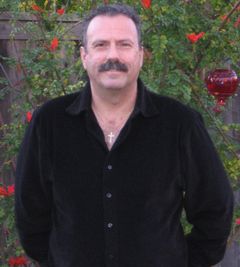 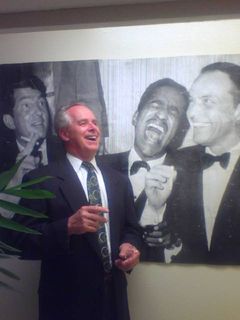 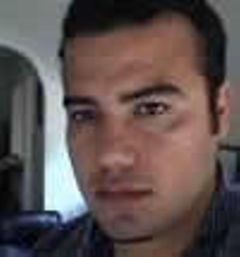 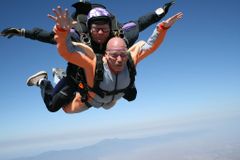 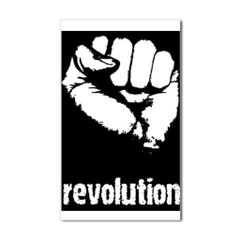 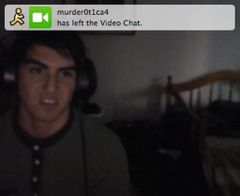 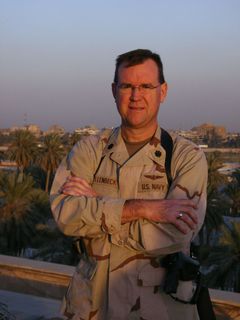