Hosted by
Andrew and Tessa M. 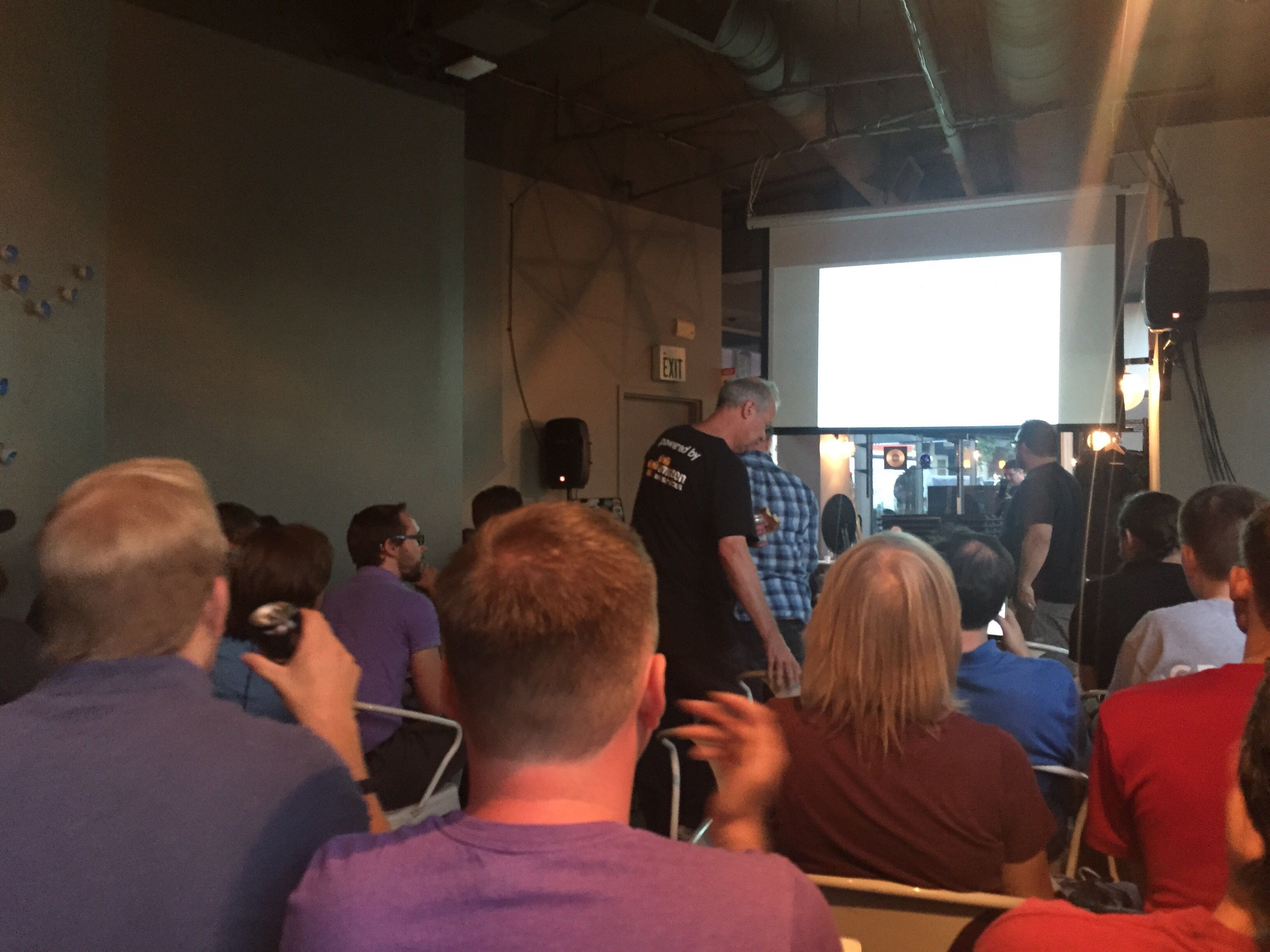 We usually meet afterwards to go out for a drink or snack, so stick around and see what's going on!

We'll have a presentation, followed by our project demos. Each demo will be between 5-8 minutes.

Building software these days has changed in dramatic ways, increasing the pressures to deliver software at a fast pace. If you aren’t already using test automation and Continuous Integration/Continuous Deployment (CI/CD) in your workflow, then you may be running less efficiently than you realize.
In this talk, we will take an application, Dockerize and run it locally, then test and deploy using Codeship, as well as presenting some best practices around CI/CD. You should walk away with the information you need to switch to a workflow designed for fast delivery.

Kelly J Andrews, is the Developer Advocate at Codeship. Kelly has been tinkering with computers for over 30 years, using BASIC for the first time at the prime age of 5.It wasn't until building his first webpage in 1997, and trying out JavaScript for the first time that he found a true calling. Kelly now fights for JavaScript, testable code, and fast delivery.
In his free time you can find him singing karaoke, performing magic, or cheering for the Fighting Irish.

This month will be a series of small project demos BY YOU!

* Creating Your Own Web Scraper by Tim Bond (@TimB0nd)

If you are interested on speaking at a future meetup, please contact us -- admins (at) seaphp (dot) com