Hosted by
Dan S. and 2 others 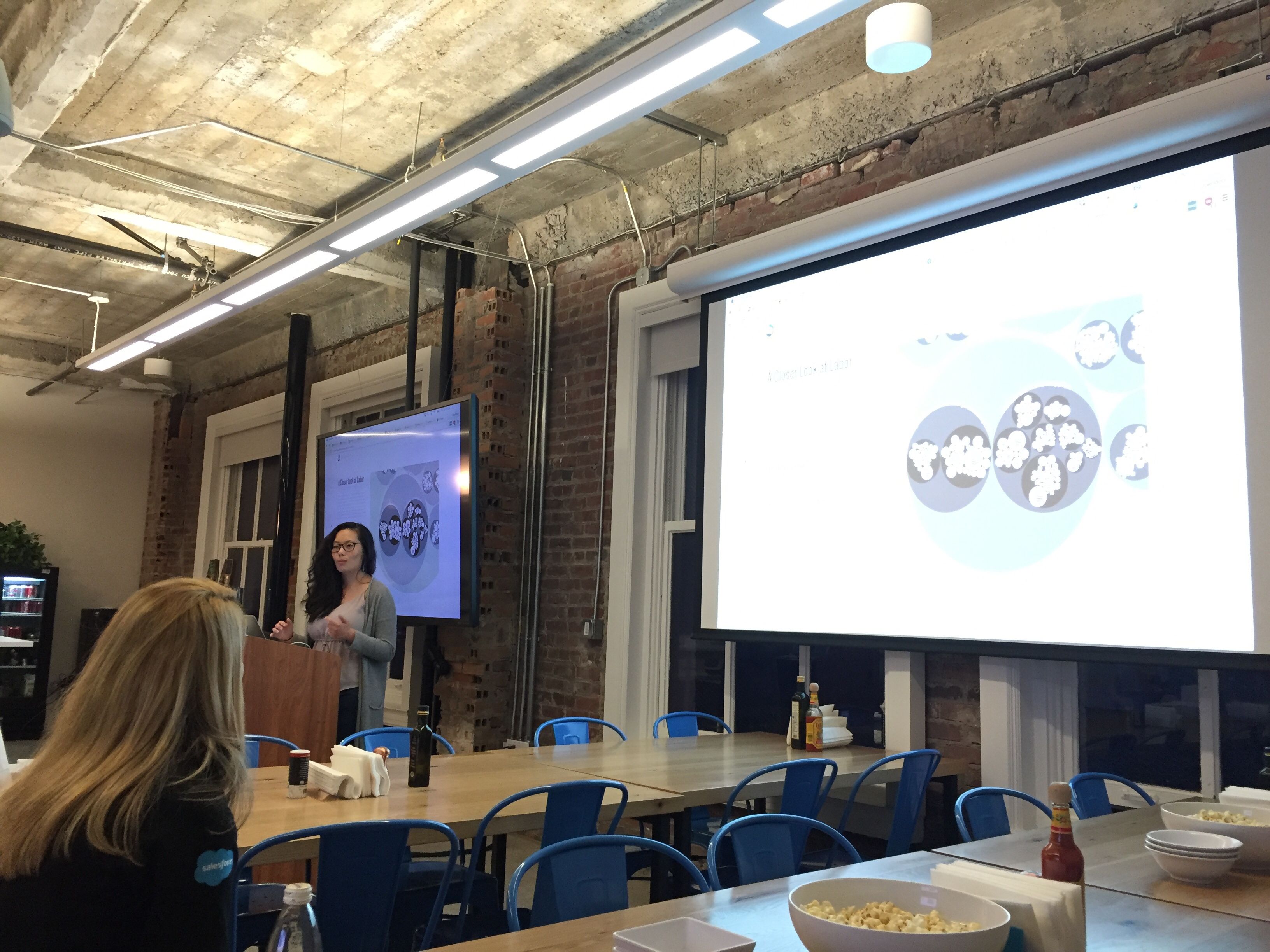 SFNode comes to GoDaddy for our second event of 2018. The first talk will be Lin Clark's Cartoon intro to WebAssembly followed up by Gergely Nemeth's presentation of a Node.js production checklist. Come learn about WASM and some war stories about shipping with Node!

A cartoon intro to WebAssembly
WebAssembly is fast. It’s being called “the future of the web”. Its speed and potential led major browser vendors to work together to turn it into a reality. But what makes it fast? Starting from the basics, this talk will walk you through what WebAssembly is, and then why it’s fast.

About Lin Clark
Lin Clark (@linclark (https://twitter.com/linclark)) makes code cartoons. She also works in Mozilla’s Emerging Technologies group, where she gets to tinker with things like WebAssembly, Servo, and Rust. In previous lives, she worked at npm, was a core contributor to open source projects like Firefox’s developer tools, and contributed to HTML data standards.

Node.js production checklist
At RisingStack, we have helped enterprises to sucessfully adopt Node.js in the past years. During this period, we have seen a lot of anti-patterns and war stories. Because of this, we came up with a list of best practices on how to run Node.js applications in production successfully. This talk addresses both operational, performance and security best practices.

About Gergely Nemeth
Gergely is a prolific author on Node.js and security related articles. Originally from Hungary, he ran the Hungarian Node.js meetup group, and organized Node.js conferences in Budapest. Gergely works at GoDaddy and lives in San Francisco. Loves a good cup of coffee ☕️ .

Open mic
Open mic time give attendees 2-3 minutes of time to talk to the entire group. This is the time to debut a new project, announce upcoming events or let people know they're hiring.