The Greater Philadelphia Thinking Society is a Meetup group that brings together thoughtful people for stimulating and civically minded conversations.

We meet in a relaxed setting on almost every Saturday and Sunday at 10:30 AM and occasionally in the evening. Most of our events aim for a small group ambiance with about 10-12 participants. Sometimes we use larger spaces with different group dynamics and formats.

We organize a safe, facilitated forum of inquiry and exploration.

Our interactive format engages participants to speak up and be heard, to explore our assumptions, to listen and hear others, and to find and build meanings.

We value topics that matter, diverse points of view and ways of knowing, sensitive listening, and your contributions to our explorations.

In addition to ideas and resources posed by the event host(s), our conversations are informed by participants exchanging experiences, interpretations, understandings, beliefs, feelings, values, thoughts, and ways of thinking.

Through discourse and consideration these ideas can reveal a web of relationships which participants can form into meaningful insights and new possibilities.

We start the conversation so come participate and accept your own genius.

We are always looking for new discussion leaders and other volunteers to bring new and interesting topics and perspectives to our group. Please see https://www.meetup.com/thinkingsociety/pages/14433542/Discussion_Leader_Guidelines/ if you are interested.

For more information about our group including our list of Frequently Asked Questions, please visit About the Greater Philadelphia Thinking Society (https://www.meetup.com/thinkingsociety/about).

Please do not RSVP if you attended on 4/27. The coronavirus does not attack on a level playing field. The poor are suffering more than the rich; racial and ethnic minorities, more than whites; the elderly, more than the young; cities and suburbs, more than rural communities. As fear of COVID-19 and its economic impact disrupt our lives, communities and nations, it may be hard to see beyond the current losses and suffering. But in this discussion event we will try to explore some possible lasting consequences – positive and negative. Are we and our leaders rationally assessing risks and making good choices? Or are we driven by fear and anger to attack scapegoats? Are we sharing scarce resources with outsiders – especially strangers who are not like us – but who may have even greater needs? Will the COVID-19 pandemic lead to more international cooperation, as we realize we are all in the same boat? Will our leaders put aside nationalistic and partisan differences? Some catastrophes have led to more compassion and mutual assistance; others, to more greed, isolation, hatred – even war. When this pandemic is over, do you think we are likely to be more selfish and divisive or more generous and compassionate? Consider how the pandemic might help us overlook our differences and come together as a neighborhood, a nation or a world community. Think of people helping strangers, cheering on health-care professionals, states and nations sharing of medical supplies and equipment, and international collaboration by scientists. What other news or personal experiences support a positive view? We’ll also look at the darker side - stories of individual, business or nationalistic greed, hoarding, bidding wars for scarce medical resources, quarantine breakers, fear mongers seeking partisan political advantage, violence against health care workers, and blaming scapegoats (the president, the media, China, the FDA, the CDC, mayors and governors. What other news or personal experiences support a pessimistic view? How can we explain the disproportionate share of deaths among African Americans? “The latest available COVID-19 mortality rate for Black Americans is 2.4 times higher than the rate for Latinos, 2.5 times higher than the rate for Asians, and 2.7 times higher than the rate for Whites.” This data was compiled from 35 states by the APM Research Lab and updated April 28, 2020. For data see: https://www.apmresearchlab.org/covid/deaths-by-race . Are blacks at increased risk because more of them are poor? Do their “essential” jobs expose them to greater risks? Do they live in more densely populated communities? Do they have less access to medical care? What other difference might explain their increased vulnerability? New York City has more cases and more related deaths per capita than anywhere else in the world. For an interesting analysis see “Why are so many people dying of COVID-19 in New York City?” at https://www.livescience.com/why-covid19-coronavirus-deaths-high-new-york.html . Some possibly significant differences compared to Los Angeles and other large cities include: • More early cases and a “super-spreader” • Later social distancing, later lockdown • Higher population density • Race and poverty • Lowest in national hospital quality and safety ratings (see data about U.S. hospitals here: “Code Blue: New York Hospitals Poor Performance - 2019“ at https://www.nypirg.org/pubs/201912/Code_Blue_report.pdf). In times of crisis, many families and communities come to the aid of victims, but social distancing and lockdowns prevent most family members and neighbors from even being there. When this is over, will we start to appreciate each other more? Richard Davidson, research psychologist from the University of Wisconsin who studies stress reduction techniques, identifies some benefits to consider from social distancing. He prefers the term “physical distancing” because there are many ways to stay connected during lockdown. He reflects on how physical distancing and wearing a face mask are acts of generosity and compassion that toward others. Studies have shown that generosity reduces stress and anxiety for the giver. See this short article “COVID-19 and Our Common Humanity” at https://centerhealthyminds.org/news/covid-19-and-our-common-humanity . Democrats are blaming Republicans for negligence; Republicans are blaming Democrats for fear mongering. Have both parties contributed to the growing fear that no one knows what to do? With few exceptions, past political leaders put aside partisan interests to fight a common threat. Why not this time? Chuck Collins is a long-time activist against income inequality. He is now worried that higher rates of job losses, infections and deaths from COVID-19 are further disadvantaging the poor and working classes. In an opinion piece for CNN, he writes, “Columbia University researchers project that poverty rates in the United States could soon reach their highest levels in half a century. Yet as my colleagues and I track in a new report for the Institute for Policy Studies, the wealth of America's billionaires actually increased by nearly 10% over just three weeks as the COVID-19 crisis took hold.” Read the full article here: https://www.cnn.com/2020/04/28/perspectives/inequality-coronavirus-billionaires/index.html . Do we need an excess-profits tax (as we did to stop profiteering during periods of war)? How much help will middle-income earners need after their life savings are wiped out by the pandemic? Should we need to raise taxes on the “one-percent” to repay the coronavirus debt? For a historic perspective on how crises change our culture, see this NY Times Op Ed by David Brooks, "The First Invasion on America" at https://www.nytimes.com/2020/05/21/opinion/us-coronavirus-history.html . As usual, linked resources are optional. The link to Zoom will not be visible until your RSVP is accepted, so come back to this page for the link if you are promoted from the waitlist.

This is a co-hosted meetup with the Philadelphia Effective Altruism group and the Greater Philadelphia Thinking Society. In the past few decades human beings have expanded their moral circle significantly - from caring about people outside of our race, nationality, gender, sexuality and species. Most of us also care not just about this generation, but also about preserving the planet for future generations. Because the future is so vast, the number of people who could exist in the future is probably many times greater than the number of people alive today. If we take this consideration seriously, it may be extremely important to ensure that life on earth continues, and that people in the future have positive lives. Of course, this idea might seem counterintuitive: we don't often think about the lives of our great-grandchildren, let alone their great-grandchildren. https://sentience-politics.org/philosophy/the-importance-of-the-future and if you’d like to listen to a podcast instead, you could listen to this one (especially the first 31 minutes): https://80000hours.org/podcast/episodes/nick-beckstead-giving-billions/ What are potential ways we might ensure the wellbeing of generations beyond ours? Unfortunately, there are many ways in which we might miss out on a very positive long-term future. Climate change and nuclear war are well-known threats to the long-term survival of our species. You can read more about other existential risks here: https://www.existential-risk.org/concept.html Many researchers believe that risks from emerging technologies, such as advanced artificial intelligence and designed pathogens, may be even more worrying. https://foundational-research.org/risks-of-astronomical-future-suffering/ Currently the Effective Altruism community is working on issues related to our long-term future and will explore these issues with the Greater Philadelphia Thinking Society. Questions To Think About: What do you consider the greatest existential risk to humanity? Do you think it will be important to expand our moral circle to include all sentient beings? If so why? Is there an ethical justification for the disregard of the well-being of sentient beings in the (far) future? Can we feed the planet without destroying it? How can we prevent an AI system from taking unforeseen actions that could completely wipe out humanity? What is the likelihood that a cyberattack will abolish personal data or destroy our electric grids? How can we inspire others to worry about future generations? What moral philosophy is best suited to ensuring the wellbeing of future generations? Recommended readings https://www.existential-risk.org/faq.html https://www.openphilanthropy.org/blog/moral-value-far-future https://nickbostrom.com/astronomical/waste.html 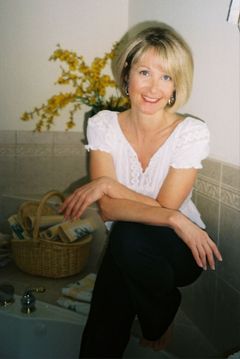 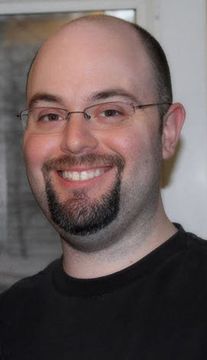 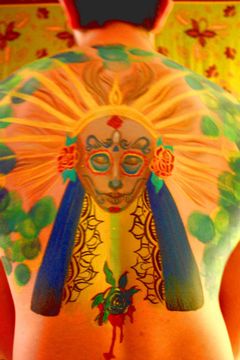 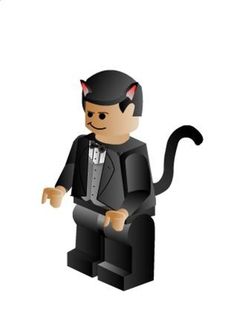 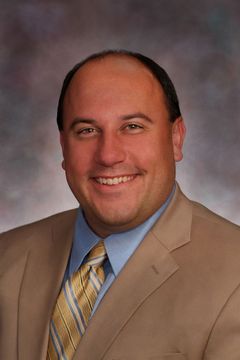 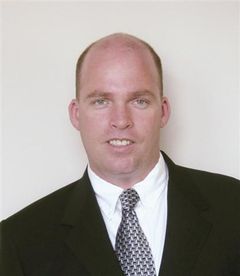 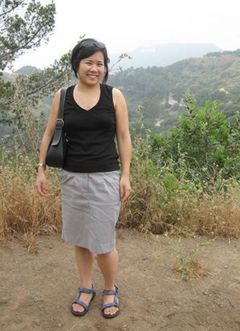 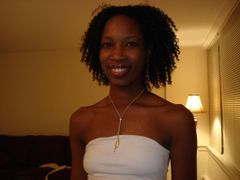 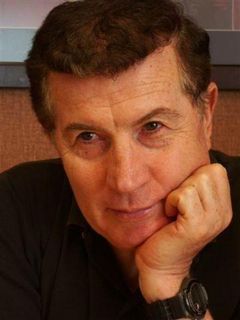