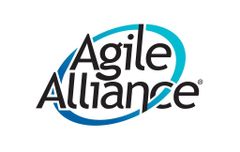 
We facilitate networking, collaboration, and mentoring for aspiring and experienced professionals trying to make the world a more agile place. Although centered in Utah, we welcome professionals from all over the world to join us. Join us and earn Scrum Educational Units (SEUs) through Scrum Alliance. Membership is free.

Novice, experienced, and thought leaders alike find strength in our growing community. From special interest groups to presentations to general open space forums, we have something for everyone.

Utah Agile is proud to present part two of The Seductive Seven.

In January, Kristen Cox introduced us to The Seductive Seven and is now returning to teach us how to implement the model in your organization.

Stop Decorating the Fish highlights common and ineffective tactics organizations often use when responding to problems. We refer to these actions as the Seductive 7. We deliberately chose the word seductive. The things that often seduce us away from focusing on the core problem are shiny, alluring, and ubiquitous. They often promise an easy fix or immediate gratification while the real problem isn’t quite as obvious.

Served as the Executive Director of the Governor's Office of Management and Budget for the state of Utah. She also served on the cabinets of three previous governors and as a Presidential appointee within the Federal government. In addition, Cox consults with other states on how to improve performance. She has received numerous recognitions, including Governing Magazine's "Public Official of the Year."