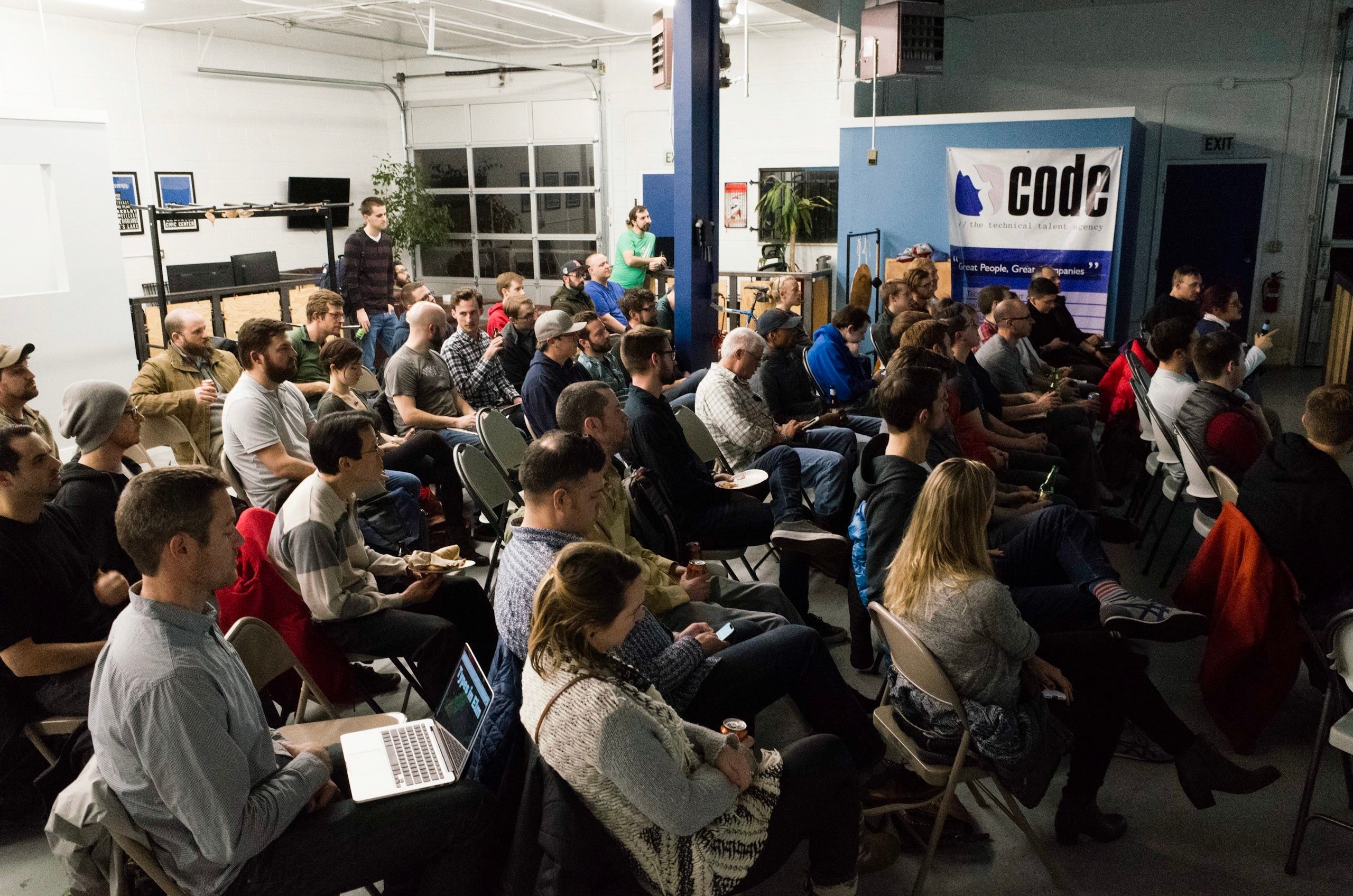 We'll be talking about new/exciting things going on in the industry. If you have something you think we should mention, feel free to tweet us @DenverScript (https://twitter.com/denverscript).

From esoteric to non-existent to just plain incorrect. Paltry documentation pervades our community. Can you blame the creators, though? There are hardly enough hours in the day (unless you're Beyoncé,) and creators know senior devs will just read the source. Why bother?

I believe our industry will only benefit from making our tools more accessible, approachable, and accurate. When we boost others' abilities to create, we may find ours boosted, too. Let's spend less time furrowing brows at ambiguous docs and more time creating!

I intend to show you simple, practical ways to make your documentation understandable and easy to read by developers of all stripes. I will also introduce you to an ambitious project underway called "Docs for Humans." Instead of relying on time-starved creators to keep their documentation up to date, Docs for Humans relies on the community who actually uses the tools day to day. It's like Wikipedia for documentation. Learn how to get involved.

For over a decade, I was a visual artist, the world of photography, video production, and graphic design being my milieu. Now, my creative abilities lend my programming a unique quality, as I engineer the front end of universal applications to be charming, functional, and beautiful.

A case study in using Tessel, Lasers, iPads and local networks for an experiential installation on a bus. We will be going over some creative uses for Javascript on IoT devices in exploring the Tessel and a time of flight range sensor as well as taking a look at doing experiential installations and the process of taking web tech into the real world by making use of canvas, local networking, websockets, and other tools.

Drew Dahlman is a senior Developer at Legwork and the founder of Develop Denver.

We'll have beer and pizza! We'll also allow people to announce any job opportunities they may have at that time so you can socialize with potential applicants.