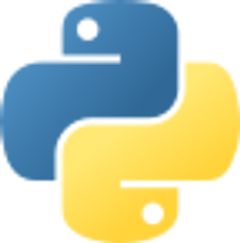 Organized by Ned B.


Welcome! Boston Python is one of the largest local Python user groups in the world. Meet other local Python developers, learners, employers (https://www.meetup.com/bostonpython/sponsors/), and enthusiasts of all kinds. All skill levels are welcome: if you are interested in Python, we are interested in you! We have a code of conduct (https://about.bostonpython.com/code-of-conduct) to ensure that everyone stays happy and productive.

We have great regular events:

Monthly presentation series: these are longish presentations (about an hour) about topics of interest to the community. Often we also have lightning talks (5-15 minutes) also. If you have something you'd like to share with everyone, drop a line to the organizers!

Monthly informal project nights: these are a chance to sit down with other Python developers of all experience levels to push your project forward, get help with a particular trouble spot, share expertise, or do whatever else you like.

In addition to meeting face-to-face, we have a few other ways to stay connected:

Job postings on the Meetup.com mailing list are OK, as long as they meet the Job Posting Requirements (https://about.bostonpython.com/jobs).

Join us for two talks from long-time mainstays of the Boston Python and Django scene! Ben "Zags" Zagorsky will speak on django migrations, and John Baldwin will present an introduction to Celery and what it can do for your web applications.

Django Migrations: Pitfalls and Solutions (Ben Zagorsky)
Django’s migration system is one of its greatest strengths as a framework. It can automatically generate migrations based on your changes to your models and can detect which migrations need to be applied to a database. But, as the size of your development team and user base scale, there are pitfalls that you need to be aware of. Not all migrations can be safely reversed, and trying to rewind bad migrations on a production database can cause a data disaster. Not all migrations can be safely deployed without downtime, and trying to deploy them can give your users and your engineers a wall of errors.
This talk will cover the following:

This talk assumes familiarity with the management commands `makemigrations` and `migrate`. It’s likely to be most helpful for people working on a Django project where there are many branches being worked on simultaneously or for those working on applications with moderate to high uptime requirements.

A Gentle Introduction to Celery (John Baldwin)
Celery is an asynchronous task processing system written in Python which interfaces with other software, such as RabbitMQ or Redis to get work done. This talk will introduce you to the world of asynchronous processing, how it fits into web applications and how to start running routine and on demand tasks with Celery.

Join fellow Boston Python members for a play about Ada Lovelace, the creator of the first computer program. Buy your own ticket to Ada and the Engine at the Central Square Theater in Cambridge on Sunday, October 16, at 2:00pm. Come early at 1:30pm for the pre-show lobby demonstration, and/or stay afterwards for the post-show conversation. If folks want to hang out over a meal after the play, we can check out one of the restaurants in Central Square.

Unstructured Zoom office hours! Drop in to ask questions, or help people, or just chat. Any topic or expertise level is fine!

You can add topics or questions to the #office-hour Slack channel ahead of time but you don't have to: https://bostonpython.slack.com/archives/C02V2C7U3D3

We might change the pace, timing, or structure over time. We're trying things out to see what works.

Unstructured Zoom office hours! Drop in to ask questions, or help people, or just chat. Any topic or expertise level is fine!

You can add topics or questions to the #office-hour Slack channel ahead of time but you don't have to: https://bostonpython.slack.com/archives/C02V2C7U3D3

We might change the pace, timing, or structure over time. We're trying things out to see what works.

See all
edX
edX provides support for our online events