Organized by Satoshi A.

* We need the co-organizers or supporters!
If you are interested to organize the events or help for anything about the event, please tell Satoshi Abe!

SEE: 10,000 Hydrangeas at 本土寺 Hondoji "Ajisa-dera" Temple in Matsudo! "Even in summer's tedium, my heart is moved; The moon mirrored in the dewdrops on four hydrangea petals." ~ Fujiwara no Shunzei [masked] ) Do you love seeing Ajisai, (Hydrangeas) purple, white & gold Ayame (Irises), plus many wonderful antique temples, shrines & elegant monuments in a beautiful & natural setting? It's NOT necessary to go to Kamakura to enjoy the most remarkable flowers to bloom at this time of year. In fact, I would rate Hondoji Temple as nicer in many ways than tourist-choked Hasedera temple in Kamakura! (This temple was founded by Nichiro, a disciple of Nichiren in 1277!) "One of the best hydrangea gardens anywhere is hidden in a small town near Matsudo City in Chiba Prefecture. Within walking distance from JR Kita-kogane station (JR 北小金駅), Hondoji Temple (本土寺) come to life on June each year with its superb view of hydrangea forest, a suitably mysterious moss garden and a five-tier pagoda, that is said to house one of only a few pieces of Buddha's bone in Japan!" "I can't vouch for the bone bit, but I certainly enjoy the flowers and smaller shrines in the complex. The complex has other places of interest, including a Jizō shrine, an Inari shrine and a Benzaiten temple, but its crowning glory is still the hydrangea forest and the iris pond. In June, they cover almost all the precincts of the temple, creating a really awesome sight." ~ Trip Advisor @}:^) We'll visit the beautiful, highly photogenic temple and gardens, plus several ancient Shinto shrines nearby Taniguchi (Oyaguchi) Historical Park in a lovely forested area which preserves the remains of Kogane castle, all part of this wonderful historic area of Chiba. http://calvin-myjourney.blogspot.com/2013/07/hydrangea-of-hondoji-temple.html https://myaukun.wordpress.com/2012/06/28/10000-hydrangeas-hondoji-temple-ajisai-dera-in-chiba/ https://www.matsudo-kankou.jp/oyaguchirekishikouen/ Also known as "Ajisai-dera" this historic temple has many charms, including a wonderful iris garden, a fine 5 story pagoda, and many magnificent temple buildings, monuments, statues, stones and ponds which would make any photographer or genuine Japanese culture and art lover swoon! Admission to temple and gardens is￥500. Less for disabled or over 65. A comfortable walk along the sacred road leading from the train station brings us past many wonderful shops selling an amazing variety of traditional sweets, pickles, crackers, rare & unique flowers, plus handcrafted items of many different kinds. There's a very nice, open, inexpensive soba restaurant along the sando (sacred temple road) where we enjoyed a delicious lunch on our visit last year. Perfect for a Meetup lunch, or you may bring your own bento lunch & eat in a nearby park! (Yes, there is a convenience store by the station) It's an easy ride from central Tokyo or anyplace on the Chiyoda or Joban Lines. Just 30 minutes on the Joban Line from JR Ueno station & 50 minutes from Kasumigaseki by Metro Chiyoda Line, these trains all go directly to Kita-Kogane station where we'll meet! (People coming from Chiba can find their way by any train or bus going to Matsudo Station where one may easily transfer!) It's a wonderful place to experience, so why don't we all go? @}:^) PLEASE NOTE: Coming late, being a "no-show" or changing your RSVP late affects your fellow members and organizers, so please be considerate. There's no set fee for our Meetups, but your donations from ￥500 -￥5000 are very much appreciated! A hat, umbrella & insect repellent are sometimes helpful. Your comments & suggestions for meetups are welcome! Thanks! Your organizer, Kerry D. @}:^) #festivals #shintoshrines #omatsuri #eventsintokyo #buddhisttemples #japanesefestivals #japanesegardens #traditionaljapan #tokyofestivals #tokyo #japaneseculture #funinjapan #japanesehistory #parksandgardens #japaneseart #chiba #chibatourism #Japanesefood #Japanesetemples

Discover: Matsudo Tojo-tei 戸定邸 at Tojo-gaoka History Park! On Saturday, August 8th, from 1:30-3:30 pm we'll tour the beautiful forested hilltop estate & gardens of TOKUGAWA Akitake, the man who almost became: THE LAST SHOGUN! In 1868, when the last Tokugawa shogun surrendered political power to the Emperor, the Edo era ended its 265-year history. A new, "Meiji" era began, the samurai were gone & people in the shogun's family retired, fading into obscurity. Most people don't know what happened to the Tokugawa after that, but visiting this unique residence suggests a quiet life after the storm of war & regime-change ended. https://www.city.matsudo.chiba.jp/tojo/ "The Phantom General who lived in Matsudo": https://www.city.matsudo.chiba.jp/tojo/kannkoubutu/reaf02.html https://universalchiba.wordpress.com/2016/09/30/tojo-tei-house/ Built in 1884, Tojo-tei was the home of Prince Tokugawa Akitake, brother of the last Shogun, Tokugawa Yoshinobu. Akitake was supposed to be the shogun after Yoshinobu retired, however the Edo-era was ended by "the Meiji restoration". Prince Akitake, at the age 13, went to France to attend Paris Exposition held in 1867 as the representative of the Shogun. Instead of being the last Shogun, Akitake became the last lord of the Mito clan, but retired at the edge of 30 and lived the rest of his days in this residence Tojo-tei, named after the location Tojo, in Matsudo, Chiba, from which a nice view of Mt. Fuji can be seen on clear days. @}:^) This fine, sprawling house was designed in styles of Japanese architecture from both the Edo & Meiji eras. Though the home interior is simple, the building itself was made with the very best architectural materials. This house has had no damage, even after large earthquakes in the past! A tall, superbly made fireproof storehouse or "kura" was built right into the house & the beautifully lacquered door still shines! https://en.wikipedia.org/wiki/Kura_(storehouse) The minimalism, or "chic" simplicity present in this structure, a common feature of traditional Japanese architecture, creates a form of beauty. The garden behind the house is also an important element as it was designed so that seasonal flowers can be enjoyed when viewing from the rooms. Visiting fine, old houses is popular among Japanese, young & old alike. If you go Tojo-tei, you can enjoy the peaceful atmosphere, almost like a Zen world! I & a dozen members had a very fine time last summer, relaxing on the tatami & enjoying the cool breezes there! @}:^) There's a small museum on the grounds of the estate, filled with many fascinating momentos, photos & possessions of the Tokugawa family. ~~~~ JR Matsudo Station is easily reached from Tokyo, or Chiba, by JR Joban Line, Shin-Keisei Line or Metro Chiyoda Line, 20 minutes with NO transfers on either the JR Joban Line from Nippori, or 42 minutes from Kasumigaseki on Metro Chiyoda Line! Locate the East Exit, and we'll meet you there! @}:^) We'll climb the gentle hill not far from Matsudo station, tour the grounds of the estate, visit the museum & see the wonderful house where never-to-be-shogun Tokugawa Akitake lived & enjoyed designing his wide lawns, sweeping views, & European-influenced gardens. After that, you may join our Meetup for the riverside, "Kanzeon-Bodhisattva Lantern Festival", being held on the same day, not far from this historic estate! We may enjoy roasted corn & other tasty festival foods, see (and make!) beautiful handmade paper lanterns floating down the Saka River, tour the elegant Matsudo Shinto Shrine, Taishoji Temple, enjoy drumming, singing, fire juggling, a yukata contest & much more! SEE HERE: https://www.meetup.com/japanize/events/269706097/?isFirstPublish=true Admission to house & museum is just:￥320 There's no set Meetup fee, but your donations of ￥500-￥5000 are most appreciated! Please join us for a day of fun, feasting, exploration & riverside enjoyment! Until then, Your Meetup organizer, Kerry D. @}:^)

Hey Japanizers! Let's enjoy a pleasant afternoon & cool evening while tasting the delights & atmosphere of an old Japanese fair with many food stalls & gorgeous illuminations from more than 1000 lanterns which will float for 500 meters along the curves of the old Saka river! Whether you like to eat fresh, sweet roasted corn or not, join us to experience the sensual delights of a summer afternoon & evening at the wonderful "Kanzeon~ Bodhisattva Festival " or "Kento-matsuri" & "Tosaka Votive light festival", held each year along the banks of the Sakagawa which flows through Matsudo! https://www.youtube.com/watch?time_continue=7&v=I3PdzAJgGrk (Video & posters shown here are all from a few years ago) We may enjoy strolling while wearing festive yukata & other traditional costumes of the season. Come just as you are, or dress up for more fun! There will be music, songs, drumming, dancing, fire-juggling, plus lots of tasty treats from dozens of "yatai" or vendors, among other entertainments! "Corn City", a play area for kids, Enro Sashimi, Special Stage Events, a "Most Beautiful Yukata" contest & much more! Find "nagomi" (calmness) "yasuragi" (peace) & "natsukashii" (nostalgia) in this unique historic town! It's easy to get to Matsudo, so why don't we all go? (The festival starts at 3pm & ends at 9, so come early if you want & stay as late as you like. I'll be there!) @}:^) In Edo times, Matsudo-juku ("Juku": a stop-over town with inns for travelers on an Edo-era highway) flourished as a vital post town on the Mito-kaido road which was a major hub of transportation along the river. Beside old Matsuura Temple, the summer event "Toumorokoshi-Ichi" or "corn city" continues from the Edo period. All around a fragrant aroma spreads. Customers eager to taste savory corn make a long queue! In hot weather, the sweet, delicious locally grown corn, hand-roasted one by one on a charcoal fire is very popular each year! "If you visit Matsuushuji on this day, it is said that there is the same benefit as sacrificing for 4000 to 6000 days!" Sounds good to me! @}:^) Join "Sekkaroku" at the Saka river like this: Buy a "Grandma's Dream Lantern" made by local volunteers at 500 yen for each lamp. Add color with pens & markers as you like, write down your prayer or image & let it float out on the river from the pier next to the brick bridge. "In old days people offered lights & prayed at the Bodhisattva festival & gave thanks for blessings of nature by floating lights on the Sakagawa as offerings to the nearby temples & shrines." Lanterns flow slowly toward Chunpu Bridge & gather in front of "Sakagawa Hiroba" stage. How the lanterns flow with flickering lights on the river is truly fantastic, a sight you'll always want to remember! 2018 event poster: https://kawazuzakura.wixsite.com/kentou/blank-7 Event Map: https://kawazuzakura.wixsite.com/kentou/blank-8 *** http://matsudo-yasashii-labo.jp/theme07/160.html https://kawazuzakura.wixsite.com/kentou/blank https://kawazuzakura.wixsite.com/kentou/blank-3 (I'll update the schedule of events & poster, soon as possible!) ~~~~~~~~~~~~~~~~~~~ JR Matsudo Station is easily reached from Tokyo, Chiba, Edogawa or Katsushika-ku by JR Joban Line, Shin-Keisei Line or Metro Chiyoda Line. Only 20 minutes & no transfers on the JR Joban Line from Nippori station or 40 minutes from Kasumigaseki on the Metro Chiyoda Line, this might be the perfect Saturday afternoon get-away for many of you! From JR Ichikawa (Sobu Line) station @ Bus Stop #1, take bus #11 for "Matsudo station" or "Matsudo garage" & exit at Matsudo Station. Locate the West Exit & we'll meet you there! @}:^) NOTE: Being late, a "no-show" or changing your RSVP after the deadline affects the members & organizer, so please be kind. There's no set Meetup Fee, but donations from ￥500 to￥5000 are appreciated! @}:^) Summer weather is changeable. A folding umbrella & insect spray can be useful! Thanks! Your Meetup organizer, Kerry D. @}:^) 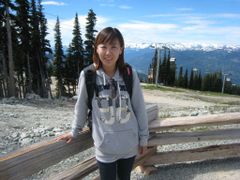 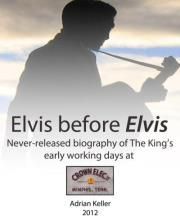 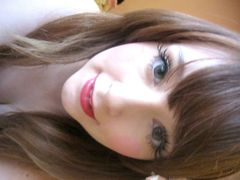 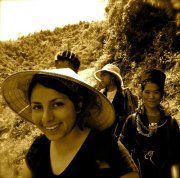 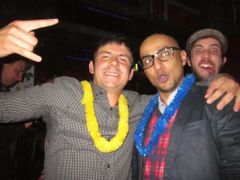 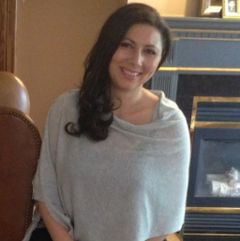 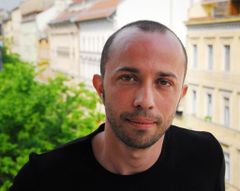 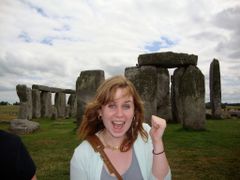 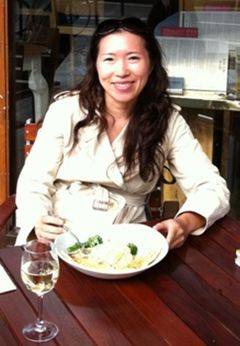 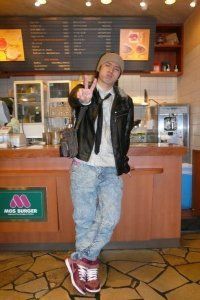