"The most formidable weapon against errors of every kind is reason. I have never used any other, and I trust I never shall." —Thomas Paine (1737-1809) American revolutionary, pamphleteer, and atheist, "The Age of Reason"

Had enough of astrologers, psychics, homeopaths, and spirit channelers? Yearning to talk with someone rational for awhile? Meet up with other local skeptics for some refreshing and sane conversation.

If you've got some kind of event or opportunity that's commensurate with what we're about (as described below), we'd love to hear about it and publicize it to our 1000+ members. E-mail your idea to RichardSRussell@tds.net and we'll either schedule it or explain why not.

What is a skeptic, anyway? It's someone who lives by the Missouri state motto: "Show me!". Does some claim seem too good (or amazing) to be true? Well, that's because it's probably not. Having an open mind isn't the same as having holes in your head.

OTOH, doubting everything makes you a cynic, and suspecting everybody makes you a conspiracy theorist. Skeptics who ARE shown something are willing to accept it. A couple of cases in point:

(1) Even little kids notice that the east coast of South America and the west coast of Africa look like jigsaw-puzzle pieces that should fit together. DID they, at one time? In the early 20th Century, skeptics scoffed at the idea. "Just coincidence", they said. And rightly so. There was no known mechanism for how anything that big could be moved. Then Alfred Wegener showed evidence that continental drift had definitely happened, and later Arthur Holmes explained how plate tectonics was the mechanism behind it. With those in hand, skeptics were convinced.

(2) For most of human existence, people believed the Earth was only a few tens of thousands of years old. Skeptics concurred. If the Sun were made of wood or coal or petroleum, it couldn't possibly keep burning for much longer than that. But there was all this other geological evidence that indicated the planet was millions, if not billions of years old. What to believe? Skeptics openly admitted they didn't have the answers. But as soon as we discovered the amazing amounts of energy that could be produced by nuclear fusion, the source of the Sun's longevity was revealed, and skeptics settled in on the proper scientific answer.

We skeptics take our cues from people like the Nobel-winning physicist Richard Feynman, who pointed out: "I have argued flying saucers with lots of people. I was interested in this: they keep arguing that it is possible. And that's true. It IS possible. They do not appreciate that the problem is not to demonstrate whether it's possible or not, but whether it's going on or not."

Probably almost everyone is aware that February is National Black History Month, and certainly in Wisconsin we know that June is Dairy Month, but have you ever heard of Donate Life Month? It’s a relatively new thing, dating back to 2003.

The month, in case you’re wondering, is April, and this year April 17 is National Blue & Green Day, in honor of the colors of the Donate Life logo and flag. They also have suggested that people refer to February 14 as National Donor Day, tho that one faces an uphill climb versus Valentine’s Day.

The sponsoring organization, Donate Life America (donatelife.net), was founded in 1992. It launched the National Donate Life Registry (RegisterMe.org) in 2015 with the goal of making donor registration an easy, secure, and mobile-friendly process across the nation. Having a national registry allows DLA to work with national partners like Apple and Walgreens to make registration available to people through commonly-used phone apps. Registration ensures that donor info travels with individuals wherever they are.

What is it that they’re looking for people to donate, Igor? Body parts, master! Organs (mainly kidneys and livers), corneas, tissue (skin, bone, and heart valves), blood, platelets, and marrow.

No, Monty Python’s Meaning of Life (youtu.be/Sp-pU8TFsg0) to the contrary notwithstanding, they will not take your liver while you’re still using it. Same deal with your corneas or heart valves. But you might be able to spare 1 of your 2 kidneys or a hunk o’lung, and you can give whole blood every 8 weeks and platelets even more often than that.

Another person needing a donation is added to the waiting list every 10 minutes. 20 people die each day because the organ they need is not donated in time. One organ, eye, and tissue donor can save and heal more than 75 lives.

Pediatric transplants differ slightly from other organ donations. Since organ size is critical to a successful transplant, children often respond better to child-sized organs. There are currently 2,000 children under the age of 18 — nearly 25% of them under 5 — waiting for a variety of organs.

Tonight we will discuss the ethical implications of organ donation, including squeamishness over the “ick” factor and whether the practice (banned in the United States) of paying for needed organs creates a market for obtaining them thru, um, methods other than voluntary donation. (Here insert urban legend about the guy waking up in a bathtub full of ice with a raging backache: snopes.com/fact-check/youve-got-to-be-kidneying/)

This will be a virtual event conducted over Zoom. A link will be sent out to everyone who has RSVPed before noon on the day of the program.

Pronouns seemed so simple when we first learned about them in 2nd grade. Dick was a “he”, Jane and Sally were “she”s, and Spot, Puff, and Tim were “it”s. A couple of years later we learned that when you gave something to one of them, the kids were “him” and “her”, but the critters were still “it”s. And names seemed to fit into neat categories, too. Bill and John and Steve were men, and Mary and Sue and Linda were women. That actor in “Gone with the Wind”, Leslie Howard, playing a character named Ashley Wilkes? What was up with that? Ah, simpler times, simpler times.

The grammatical concept of gender has largely vanished from English except for the 3rd-person singular pronoun, where it’s one of 2 places in the roster of pronouns causing communication problems in the 21st Century. (The other place is 2nd person, where we use “you” for both singular and plural.) There are 3 sources of confusion with regard to having only “he”, “she”, and “it” available as 3rd-person singular pronouns. Which of them do you use to refer to ...
(1) a non-specific person in the abstract? (For example, “If someone wants to clean this up, XXX should start right away.”)
(2) a particular, known person who doesn’t fall neatly into the gender-identity categories of “male” and “female”? (That is, someone who identifies as neither. Or both. Or yet another gender identity.)
(3) somebody you’ve encountered only in written form as Pat, Kim, Jan, Chris, or something similar and can’t figure out from that alone what their biological plumbing might be.

This uncertainty can cause not only confusion but also embarrassment, anxiety, and resentment, and some of the proposed solutions can do all that and more.

Is there an approach that rationalists can use to try to sort everything out? Well, remembering that English (like all languages) looks way more like something that developed rather than being designed, we still have to remember that it’s people who did the developing. It was people, specifically feminists, who got almost universal adoption of “Ms.” (instead of “Miss” or “Mrs.”) and non-sexist occupational titles like “police officer”, “firefighter”, “meteorologist”, “flight attendant”, and “letter carrier”. “Access-hole cover” is still fighting an uphill battle, but chances are you’ll be warned about missing ones by signs reading “Workers Ahead”.

So it CAN be done. What it takes before anything else, tho, are (a) awareness of the problem and (b) a vision of a solution. Every bit of progress that humanity has ever achieved started out as a weird idea in the mind of a single person. Evolution tells us that the good ones will survive and thrive. Let’s see if we can find a good one.

This will be an online event via Zoom. A link will be sent out at noon on the day of the event to people who have RSVPed.

“People who don’t want their beliefs laffed at shouldn’t believe such funny things!”

And you’ve gotta admit that Christians in particular believe a whole lot of funny things. In the Old Testament they’ve got talking snakes, a boat big enuf to hold two of every species on Earth, the sun standing still, and a guy living for 3 days in the belly of a whale. The New Testament brings us a migrating star, a pregnant virgin, an empire-wide census that nobody else seemed to notice, water-walking, a mountaintop from which all 4 corners of the Earth are visible, people arising from the dead, and the zombie apocalypse in Jerusalem (also unremarked by any contemporary observers). Since then, its followers have treated us to speaking in tongues, magic relics and shrines, sincere and fervent predictions of exactly when the world will end, bleeding statues, and solemn assurances that Donald J. Trump was fingered by God himself as his chosen agent on Earth. Also some gorgeous artwork, pretty damn impressive architecture, and really good music, but nobody’s laffing at those.

Y’know, we’d be tempted to say “You can’t make this kind of stuff up” if it weren’t for the obvious fact that somebody so clearly did!

But, if THEY aren’t laffing, should WE be? Are we better off calling a spade a spade and pointing out how ridiculous all that blather is? Or does that just alienate believers and make them tune out whatever else we may be saying? Is there a “backfire effect” in which being demonstrably, reproducibly, and repeatedly proven wrong wrong wrong just causes them to retreat further into their cocoons of pious assurance? But, even if there is, should we let that spoil our fun? Chances are we’ll never get thru to these people anyway, but isn’t there some value in reminding them that sane people think THEY’RE the ones who should be stifling themselves?

To draw a different analogy, if you saw someone about to swallow a can of oven cleaner, would it be considered impolite to point out that their desire to be cleansed in the Lord’s sight may not be all that solidly grounded in the real world?

We’ll start the night’s proceedings with a reading of a short story about a seriously delusional guy in a bar and then thrash thru how to deal with people we all actually know (and quite probably like) who think that maybe HE’S the one who’s really onto something.

This will be a virtual meeting conducted via Zoom. A link will be sent out at noon on the day of the event to people who’ve RSVPed.

THIS WILL BE A VIRTUAL MEETING CONDUCTED OVER ZOOM!!! A link will be sent out at noon on the day of the event to everyone who has RSVPed before then.

Haiku is a poetic form that originated in Japan. It features 3 lines of respectively 5, 7, and 5 syllables, originally expected to have a theme about nature. We’ll begin with an overview of why it’s syllables rather than rhymes that matter for haiku, and then everyone will have a chance to present one haiku of her or his own composition. You can send them in advance to [masked] for projection on screen as you present them. Here are a few to prime your pump:

Can we walk out side?
Yes, we can, but not too close.
Please main tain dis tance.

The discussion that follows, tho, will be more about why it’s timely to think about Japanese culture and will get into serious philosophical questions about morality, utilitarianism, and how to make decisions on the basis of incomplete or erroneous information. 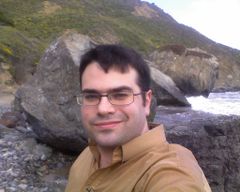 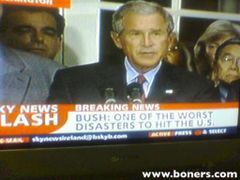 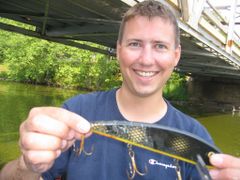 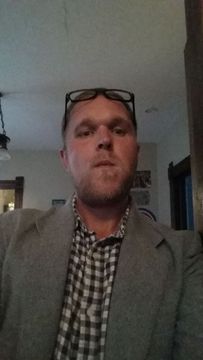 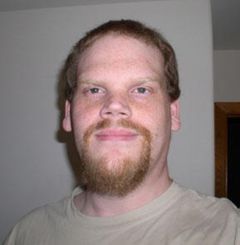